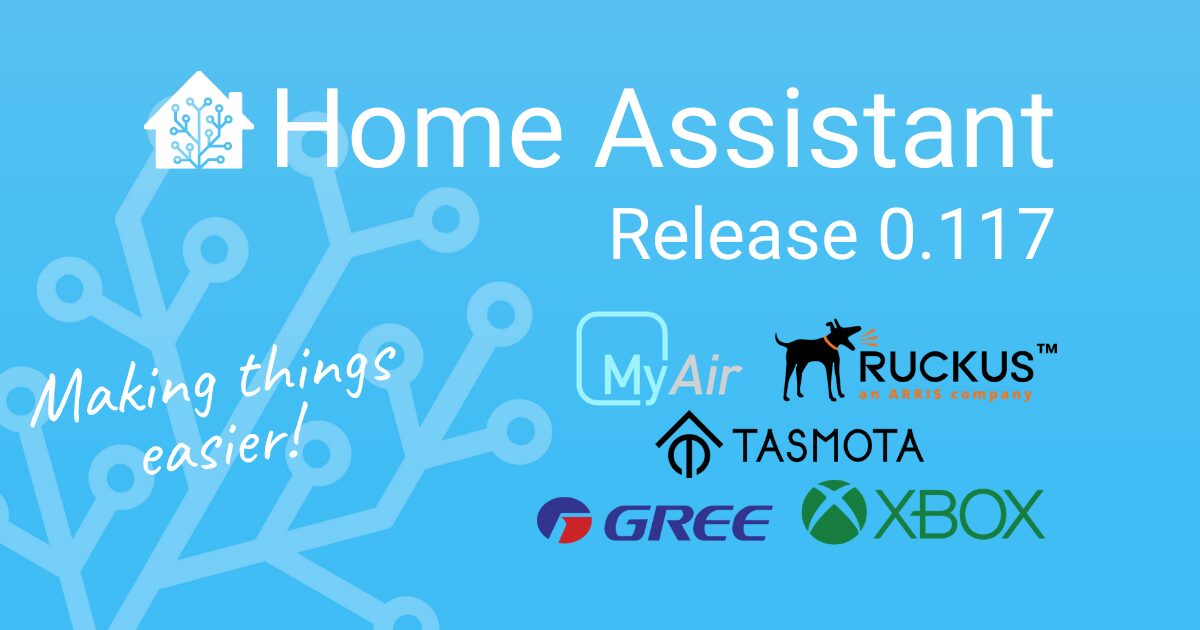 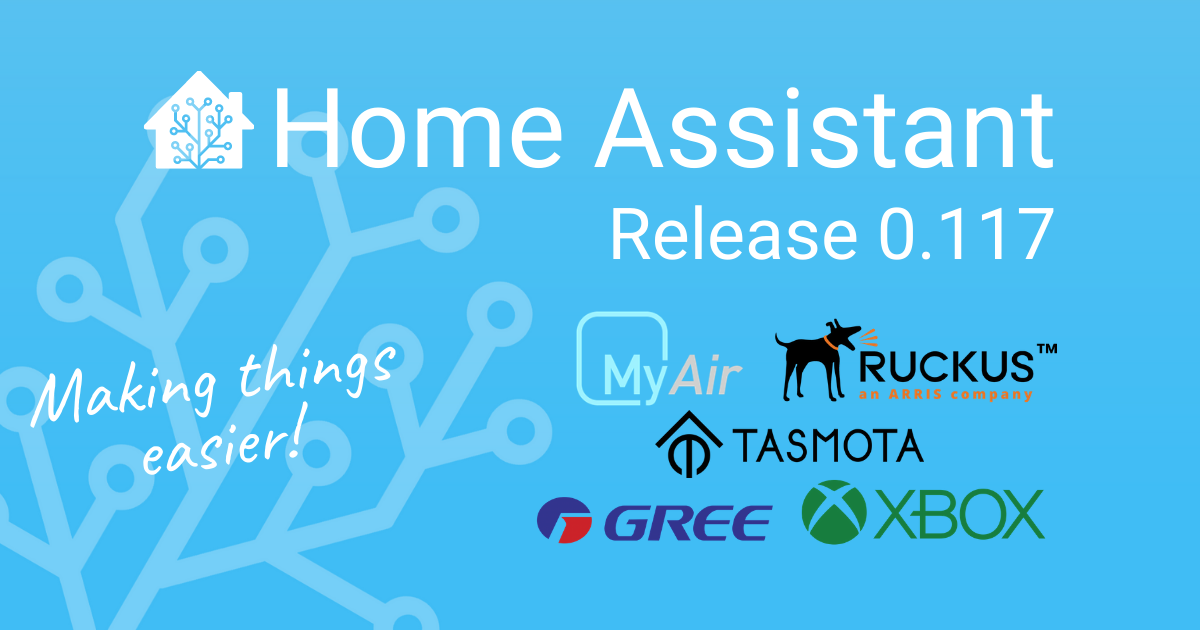 And the train just keeps on rolling… Home Assistant Core 0.117!

Some big releases lately, and this is a big one for sure. However,
interesting this release is the amount of little improvements! I guess that
is the result of Hacktoberfest!

We have seen a crazy and absurd amount of contributions this October, lots
of new faces too! 500+ pull requests on the documentation, 700+
on the core and 150+ on the frontend processed up until now! Amazing!
You guys rock!

And finally, while writing this, I’m enjoying Home Assistant Podcast, as they
have released their episode for 0.117 already. 🎙 Thanks for all
you do guys, always a pleasure to listen to.

Darn, we do have an amazing community, don’t we? 😍

PS: Oh, later today might be fun! We are looking into trying to do a
Home Assistant live stream / mini-release party / Q&A on the
Home Assistant YouTube channel.
So, keep an eye on our social media for the announcement.

Today we are pleased to announce that Nabu Casa hired Stefan Agner to
work on the Home Assistant project.

Stefan is specialized in embedded systems and the Linux kernel, and he will be
mainly working on improving and extending the Home Assistant Operating System.

In his spare time, he loves to hack on all things embedded. From making the ARM
Linux kernel getting built by Clang to building sensor nodes using MicroPython.

If not hacking, he’s probably out and about for a hike or a good beer with
friends.

Welcome Stefan! We are excited to have you!

Let me quickly find that entity that is not on my Lovelace Dashboard…
hold on… Configuration -> Entities, search for it… click the right one…
Got it!

That isn’t efficient, right? @donkawechico to the rescue! He added an exciting
new feature to our frontend: the Quick Bar.

This new dialog allows you to quickly open an entity or run a command.

It can be launched anywhere in Home Assistant; with the keyboard shortcuts
e for entities and c for commands. You can switch between the entities and
command modes by removing or adding the > at the start of the search input.

Screencapture of the Quick Bar.

The commands are currently limited to reloading YAML configuration and
restarting Home Assistant, but expect this to grow rapidly!
The same goes for the keyboard shortcuts; the plan is to add more so you can
quickly perform actions and navigate Home Assistant from anywhere with
a couple of key presses!

Check the documentation for more information and usage tips.

@maykar recently archived his immensely popular custom header repository,
promising to bring parts of it to the core of Home Assistant.

Well, he did; this release, our Lovelace header is compact! 🤩

He combined the two bars we had in 1 by replacing the dashboard title with the
tabs that used to be shown below it. He did a lot of work to make the
tabs take up the least amount of space, while still being user friendly.

We think it looks great! And, finally, welcome to core @maykar!

Screenshot of the compact header.

@thomasloven added the ability to edit an entire automation or script in the
UI with YAML.

This is the perfect blend for people that want the best of both worlds, editing
in the UI with the normal UI editor and for some more complicated automations,
maybe edit it directly in YAML, all from the UI. 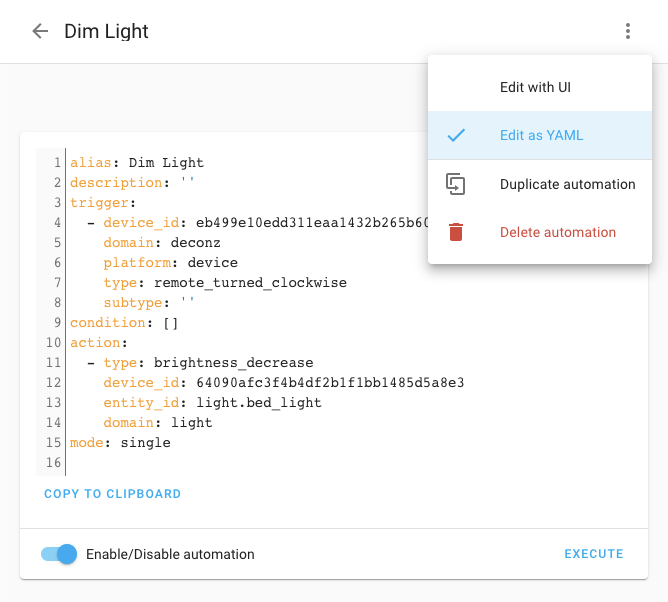 He also added a very useful copy button to make it easy to share your
automation with the community. You can then easily paste it back in the
YAML editor and continue editing after switching to the UI mode.

Xbox now has a full blown integration in Home Assistant, which delivers remote
control and tons of other features.

This awesome addition is created by @hunterjm and he made this nice little
video demonstrating his creation:

Counters & Timers available as helpers in the UI

A nice addition to the helpers you can create and manage in the UI:
Counters & Timers are now available! Thanks, @danimart1991! 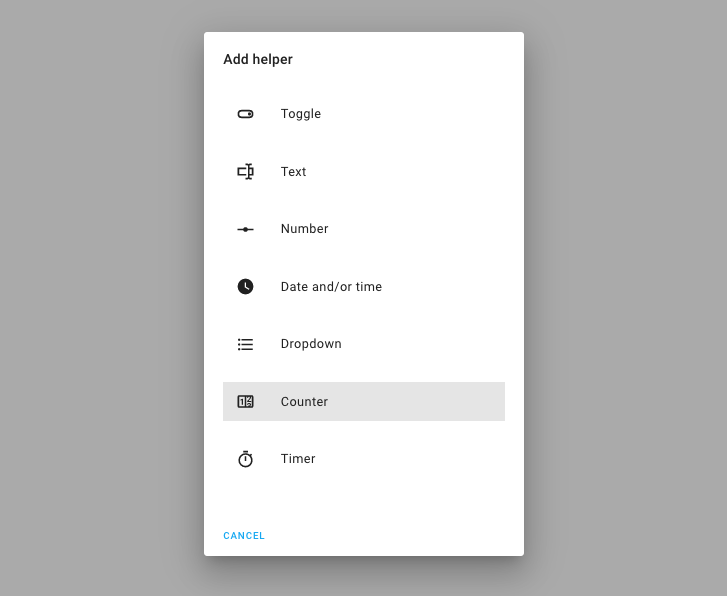 Ever tried to make a list of entities or set a RGB color via an template?
If so, you probably would have learned, that it is not that simple. In Home
Assistant, the result of a template always have been a piece of text (a string),
even if you made a list.

This release adds support for native Python types in templates. This means that
templates now actually can create lists, or return a number!

For 0.117, native template types will be a opt-in beta feature, that will
become the default in the next release.

You can enable it, by disabling the legacy_template rendering in your
configuration.yaml:

This is an extremely powerful change to our template engine, that allow for
more advanced future additions and can significantly reduce the complexity of
existing templates in your set up.

It should be mostly compatible with your existing templates, however, if you
enable this feature, please be sure to check the breaking changes section.

We’d love to hear you experience with using this feature! And, if you run into,
problems, please let us know.

It is Hacktoberfest, and a lot smaller, but noteworthy changes this release!

First a shout out to @spacegaier, he did a LOT of improvements (29!) this
release. Visual tweaks, quality of life improvements and random fixes, like:

But wait, there is more! 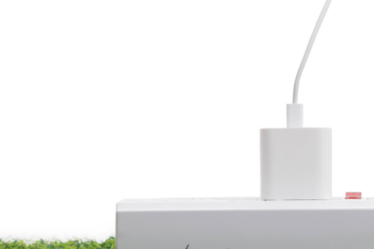 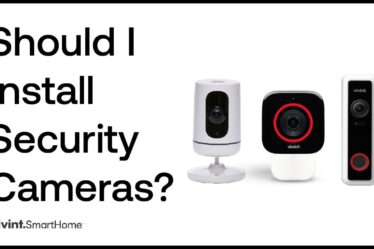