Williams Racing, which is formally known as Williams Grand Prix Engineering Limited, is one of the world’s leading Formula One teams, winning a total of 16 FIA Formula One World Championship titles since it was founded in 1977. 3D printing is often used in the design and development of racecar components, and Williams Racing has decided to join the crowd, announcing a new partnership with ultrafast industrial-grade polymer 3D printer manufacturer Nexa3D.

“We’re extremely excited to announce our partnership with Nexa3D and look forward to enhancing our additive manufacturing capabilities with their innovative high-speed printing technologies,” Al Peasland, the Head of Technical and Innovation Partnerships at Williams Racing, stated in a press release. “Formula One is a challenging environment, that demands a continuous improvement philosophy in order to remain competitive. Our partnership will enable the team to continue to push boundaries in 3D printing, and present new opportunities for Nexa3D to further advance their revolutionary technology.” Nexa3D’s photoplastic 3D printer, the NXE400, is powered by the company’s proprietary Lubricant Sublayer Photo-curing (LSPc) technology, which it says can help users significantly increase their productivity and print speed. In addition, its NexaX software uses process interplay algorithms to optimize the 3D printing production cycle and achieve consistent production and good part performance, as well as lower material usage and waste to lower its carbon footprint and energy usage. Through its partnership with Williams Racing, which begins this month, Nexa3D’s NexaX software and NXE400 super-fast photoplastic LSPc 3D printer will be used to design and fabricate lightweight, complex, and functional wind tunnel parts for the purposes of aero testing the Formula One racecars. Speed is obviously the most important factor in racing, and the way to achieve it by lowering the drag, or friction between the racecar and the air molecules, to become more aerodynamic. That’s where wind tunnels come in: since it’s obviously not possible for a person to run beside a racecar at 160 mph to make observations about how it handles drag, scientists can instead blast air past a stationary car in the controlled environment of a wind tunnel and record those results.

Wind tunnels are definitely an application for which we’ve seen 3D printing used before, but perhaps not at the extremely high rate of speed that Nexa3D is able to offer.

“Our partnership with Williams Racing represents the fusion of top-tier engineering and race car performance. With its ultrafast production cycles, the NXE400 represents the Formula One of additive manufacturing at scale. Few companies appreciate speed like Williams Racing and they represent the perfect partner for our polymer 3D printing technology,” stated Avi Reichental, the Co-Founder, Chairman and CEO of Nexa3D. According to Nexa3D’s press release, its NXE400 system is able to break “printing speed barriers with its 20X productivity,” thanks to its PSLc technology and patented structured light matrix, which the company says is able to reach speeds of up to 1Z centimeter a minute. But first, its NexaX software will be put to the test, speeding up the process of developing lightweight wind tunnel parts using its “modern computation architecture.”

In using Nexa3D’s technology, the company’s new partner, Williams Racing, should be able to enjoy a much quicker design and 3D printing process for its lightweight, complex parts, while reducing its material usage and waste at the same time. 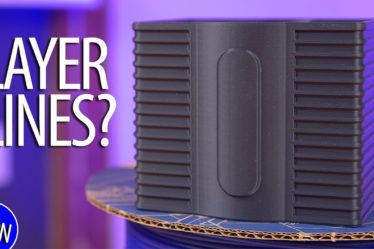