Prototyping a Vortex Rocket Engine with a Desktop 3D Printer 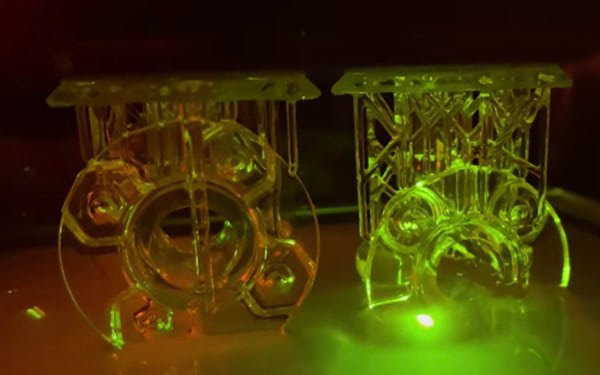 It seems that every rocket manufacturer has adopted 3D printing in some way, whether they’re printing nozzles, injectors, engines, or entire rockets (in the future). There’s also a lot of ongoing research in rocketry, and of course AM is playing a critical role there as well. Sam Rogers recently published a fantastic video demonstration of the 3D printed prototypes being produced at Additive Experimental (AX) to research vortex cooling in rockets. And they’re doing it with a desktop 3D printer.

It’s a brilliant design, at least on paper. Testing is what separates brilliance from pseudoscience. But testing vortex cooling is incredibly difficult when you can’t see what’s happening in the combustion chamber. That’s where 3D printing comes in. The prototype engine igniter system and vortex chamber were printed in Clear resin on a SLA 3D printer so that the entire process could be easily filmed and studied in slow motion. Being able to see the action allowed them to determine what was causing failures, such as the length of the initial chamber inhibiting the vortex. The system was also designed to be modular so that pieces could be easily swapped out when they’re redesigned or explode.

Let’s be real, we’re talking rocketry here so a lot of their prototypes exploded. That’s just one more way that 3D printing made their research feasible. The time and money this project would have required to produce all the iterations of these incredibly complex components with traditional manufacturing would have made the research inaccessible to everyone except the largest companies and agencies. They saved even more time and money by printing in resin on a desktop machine, rather than in metal. Of course, they could only print in resin because their design is focused on achieving cool combustion wall chambers. Without that feature, metal would be required. That’s evidenced by erosion of the nozzle throat where the thrust is ejected. There’s no vortex cooling occurring there so it takes the full brunt of the supersonic heat.

Unlike thermoplastics such as PLA and ABS, resin doesn’t melt into a pool of liquid when exposed to higher temperatures than it can tolerate. Resin ablates when exposed to a torch, meaning an outer layer burns off but it still keeps its shape. That means Sam and the team get a few seconds of firing before the nozzle piece needs to be replaced. And there are high-temp resins available that would have worked even better for that piece.

Both this vortex cooling design and the 3D printing project are truly remarkable. It’s difficult to believe that a desktop resin printer, using standard resin, can produce a functional rocket engine that doesn’t melt or explode. 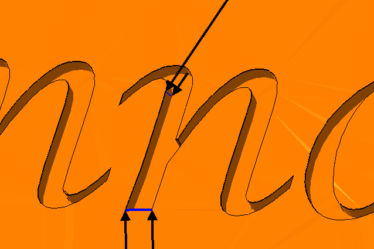 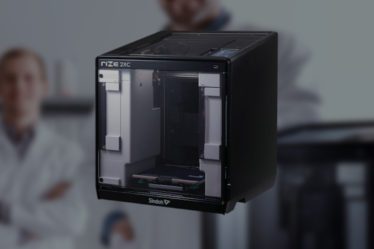 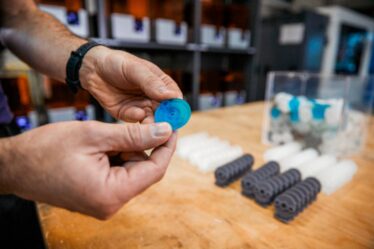