Courtesy of Union Of Concerned Scientists.
By Joseph Daniel

When the polar vortex came to Texas, demand for electricity increased so that people could stay warm, while the electricity supply collapsed. This mismatch caused widespread and long-lasting power outages. It also caused wholesale prices to skyrocket, increasing 100’s of times above normal. Extreme Winter Weather Causes U.S. Blackouts
NASA, The map above provides a view of the extreme cold associated with the arctic air mass. Data for the map were derived from the Goddard Earth Observing System (GEOS) model; they represent air temperatures at 2 meters (about 6.5 feet) above the ground on February 15, 2021. The darkest blue areas are where the model indicates temperatures reaching as low as -35°C (-31°F). Areas outside of the southern and central U.S. are relatively warmer, but still cold. White colors equate to temperatures around 0°C (32°F).

There is a lot of finger-pointing going on in Texas, and there are a lot of wrongs to be righted. But from my vantage point, one critical failure to unpack is the set of circumstances that enabled a subset of everyday people to receive such sky-high bills. And to me…

What happened to these customers in Texas was an utter lack of regulatory oversight and basic consumer protections by the Public Utility Commission of Texas and the state legislature.

A matter of choice

Over 60 percent of people living in the United States are captive to their monopoly electricity provider; others can choose their electricity provider. Having choices sounds great but while other states have made similar retail choice programs optional, in Texas, it is mandatory.

Having a choice in what company provides your electricity is supposed to create competition to help drive down prices. It can also allow customers to pick providers that only supply electricity from sources like wind and solar.

Retail-choice isn’t inherently bad, but it has given rise to predatory marketing, often targeting the elderly, poor, and households where English is a second language. A study of retail choice globally found that both in the United States and abroad, “Less-educated or low-income consumers are more likely than other consumers to make poor retail supplier choices.” This is why other states that have retail-choice, like Illinois, have cracked down on predatory practices.

Retail choice has to be coupled with diligent and scrupulous regulators. More funding to local consumer advocates wouldn’t hurt either.

But when retail-choice was implemented with “free market” ideology, as it was in Texas, the state regulators, whose very job is to protect the public, CHOSE not to provide sufficient regulatory oversight, and even less in the way of consumer protections. It was regulators’ choices that led to Texans’ high electricity bills.

For years the Commission has chosen to allow companies like Griddy to aggressively market their products as a potential way for consumers to save money by selling them the electricity at a “wholesale rate.” Most people think of “wholesale rates” as being below retail rates. And sometimes, they are. However, these rates also expose customers to extremely high prices, for potentially long periods of time — which is exactly what happened last month.

Griddy isn’t blameless. The Texas Attorney General (AG) certainly thinks Griddy deserves blame and has brought a lawsuit against Griddy for its aggressive and “misleading” marketing. It is also possible that the Texas AG might simply be trying to distract voters, including from the fact that he is currently under investigation by the FBI. It is also worth noting that Griddy also offered cash to customers to prompt them to switch to another provider ahead of the storm in advance of looming price spikes (because at least some of what happened was reasonably predictable even a few days out).

The Texas AG claims that Griddy failed to disclose the risks associate with their rate plan — but I would argue it would be impossible for Griddy to adequately disclose such risks. Energy markets are incredibly complex; I study them for a living and I’m “discovering” new eccentricities and nuances about them all the time.

Large companies that buy electricity on the wholesale market don’t just buy (and/or sell) electricity as a physical commodity, but are also heavily engaged in the financial side of energy markets, taking hedge positions to help insulate them from risky price spikes like the ones that hit Texas.

Griddy doesn’t offer these options to its customers. Instead, Griddy marketed a complex financial product as if it was a coupon.

That’s a problem. It is also a problem that companies would be even allowed to offer such a program in the first place.

Is this “wholesale rate plan” at fault?

There are some providers that offer similar programs to Griddy, where customers have exposure to wholesale rates, but there are a couple of notable differences. The largest is the fact that the price caps in other areas are all much, much lower than in Texas. Other providers that offer “wholesale rate” programs, including in Texas, also have additional protections to help insulate customers from the full risk of wholesale prices. Utility regulators that allow such programs to even exist must be very diligent to make sure such consumer protections exist.

The Commission has taken some action

Before I detail why blame lands squarely on the commission, it is worth noting that the Commission has tried to do some things.

The commission decided to press pause on those ultra-high utility bills (in part because some of the digital meters in Texas kept logging energy consumption even after people lost power, as the meter assumed the zero reading was an error).

The commission is also discussing a 10-year payment plan for these customers but will still leave thousands unable to pay their electric bill.  This might help some of those with a shockingly high overnight bill. All customers are likely to see increases in electric bills, and for years to come, as utilities look for a way of paying off the high gas prices.

Not all of their actions protected customers.

Perhaps the most surprising thing I’ve learned in the wake of the Texas winter storm electricity crisis is that the price spike in the wholesale market wasn’t created by the “market,” but rather was administratively set by the regulators.

For all the love of a free market and deregulation, Texas regulators got worried that prices weren’t high enough to incentive more generations to come online or for demand to shrink, so they exercised a protocol that allowed them to set the price even higher.

Then, according to the market monitor, ERCOT let those high prices stay in place for nearly two days too long, resulting in $16 billion in excessive costs. This means that the high prices in Texas produced a mind-bending amount of wealth transfer from people to those positioned to profit with no impact on how long the outages lasted.

The market monitor recommends that refunds be offered—which would be good for customers. But once again the commission has failed to put customers first, and on Friday announced that it would not be offering that price correction, resulting in a windfall to power plants at the expense of customers.

Importantly, this action has cascading cost consequences for all customers, not just those exposed to wholesale rates. Texans could be paying off this one week of sky-high prices for many years to come.

And the commission isn’t the only one who failed customers.

Texas officials were warned 10 years ago, after a similar winter event, that this could happen, and yet they failed to enact even the most basic of weatherization upgrades to the grid.

Could this happen to me?

First, it is worth noting that Griddy has been effectively kicked out of the Texas.

Outside of Texas, customers in retail-choice states have a choice to opt-in to these programs and nowhere is adoption above 50%. Also, the markets in those states have different rules, including caps to the wholesale market rate that are far below what Texas experienced. Plus, some of those programs tout additional safeguards.

Most of us living in the United States are served by a monopoly utility and I’m not aware of a monopoly electricity provider that offers a rate plan to retail customers at wholesale rates.

The exact situation that happened in Texas is unique to Texas — but if you live in a state where retail choice is available and you opt-in to such a program, be very careful about the type of program you sign up for.

Also remember that a lot of things went wrong when Texas was hit with that winter storm and there is plenty of blame to go around.

Texas Governor Abbot wants you to think the blame sits on the shoulders of wind; wind was definitely not the culprit. Remember, officials were warned that this could happen 10 years ago and it turns out more than 30 of the same power plants that failed then failed again this year.

The important thing to remember is that the customers with these high bills are not to blame. They are the victims in this story. And we aren’t going to fix anything by victim-blaming.

Appreciate CleanTechnica’s originality? Consider becoming a CleanTechnica member, supporter, or ambassador — or a patron on Patreon.
Have a tip for CleanTechnica, want to advertise, or want to suggest a guest for our CleanTech Talk podcast? Contact us here. 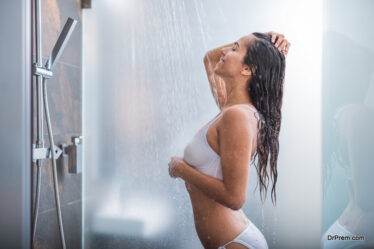 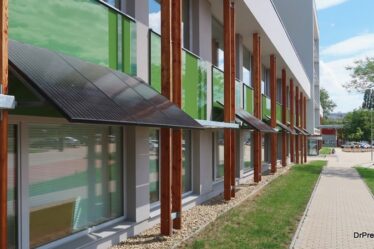