As worldwide anxiety about the climate crisis soars, conscious consumers are embracing the idea of carbon tech, or ways to turn excess CO2 into marketable products. Which is probably why the new Potted Carbon planters attained full Kickstarter funding in less than 36 hours.

The new planters look like off-white stone speckled with black. But they’re really porcelain mixed with organic waste diverted from landfills. Since landfills accounted for about 15% of the U.S.’s annual methane emissions in 2019, diverting waste into pottery — or just about anything else — could help make a dent in emissions.

This organic waste basis for the planters is called OurCarbon™. Bioforcetech has developed a technology to sanitize carbon and lock it into place for thousands of years. The company developed the material as a soil amendment, material additive, filter and colorant, and is devising other uses. Since it’s already used in DEN Sustainable soil, an OurCarbon™ planter seems the perfect complement.

Keep an eye out for our weekly newsletter.

Receive the latest in global news and designs building a better future.

How does the pot trap carbon? When fired together in a kiln, porcelain and OurCarbon™ become inseparable. The secret ingredient is grit, waste silica that’s seen as a nuisance in the waste industry. During firing, grit melts into a glass-like material, which solidifies as it cools, and works as the binder that sticks porcelain and OurCarbon™ together.

The pot features a flat vertical face with indentations on opposite sides as a subtle homage to the handles on ancient vessels. In addition to aesthetics, the indentations let you suspend a nursery pot on the rim without fully potting it, leaving room for drainage underneath.

OurCarbon™ partnered with Sum Studio and Oakland-based design studio Break to design the Potted Carbon planter. Bioforcetech, the company behind OurCarbon™, is looking at other ways to use this promising material, including as a black pigment for coloring plastic, rubber, paint and other materials, and as a black dye for textiles. 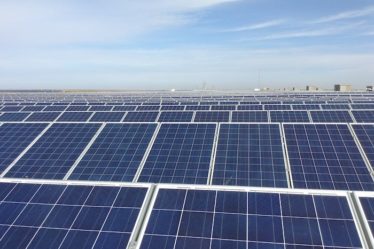 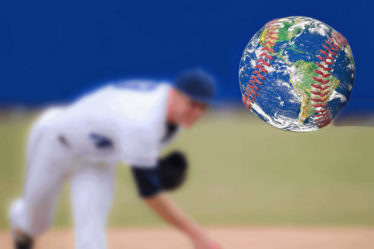 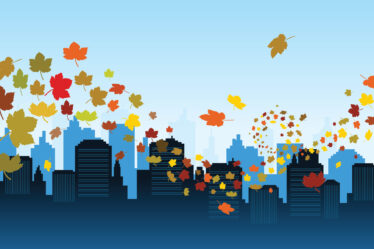