Thanks for the memories, GTM readers! In the future, you can reach me on Twitter @emmafmerchant.

Greentech Media launched in 2007 before the solar industry as it looks today even existed. Solar — though it had already been around for decades — was so nascent that Wood Mackenzie (formerly GTM Research) doesn’t even have granular installation data prior to 2009.

More than 10 years later, the environment is much different. Cumulative U.S. installations grew from about 1 gigawatt in 2009 to an expected 100 gigawatts in the first quarter of this year. Residential solar prices more than halved from 2007 to 2021, reaching $2.97 per watt. New financing options have flooded the market for home installations and large-scale projects, changing how projects are funded and expanding markets.

All those trends helped fuel a mega-shift in energy: Wind and solar are now the fastest-growing generation technologies in terms of additions to the U.S. electric grid.

“We’re on the cusp of this explosion in growth because of the doors that have opened up in making solar a more affordable product,” said Bryan White, a solar analyst at WoodMac who focuses on the residential sector. “In the grand timescale of how this is all going to play out, people are going to look back in 30 years and say, ‘The 2020s, that was the very beginning.’ This is the decade of mass adoption.”

Over the years, Greentech Media has dutifully cataloged that growth (and we’re deeply grateful to all our readers for sticking with us over the years). Our reporters have written on the rise and fall of companies such as SolarCity (acquired by Tesla); kept the industry informed on volatile policy at the state and federal levels; and monitored the oil and gas majors as they invested in clean energy, dropped it and later picked it up again.

But in addition to growth, the last decade has brought its share of struggles for the industry.

Numerous companies have called it quits, such as Solasta and Solyndra. That’s led to layoffs; over the years we’ve written on the unfortunate news of job cuts at companies big and small, including at Cypress Creek Renewables, Sungevity and SunEdison.

Recently, the coronavirus shook the solar industry to its core as it upended supply chains and sales. But the limited overall impact that the pandemic has had on the industry underscores its maturity; even in a year of historic difficulty, solar installations grew, logging record gains in the U.S.

The Biden administration’s pledge to expand clean energy provides tailwinds headed into the next few years. Numerous states have also set targets to reach 100 percent clean energy or renewables, but policy challenges remain. More than 30 states have some type of local ordinance or law restricting or banning new renewable energy facilities, according to a February analysis from Columbia University’s Sabin Center for Climate Change Law.

All told, large-scale solar still only generates about 2 percent of U.S. electricity, according to the Energy Information Administration, even though the resource accounted for 43 percent of new capacity additions in 2020. Worldwide, the portion of electricity produced by solar is still under 3 percent, as per the International Energy Agency.

As White said, “this is the very beginning.” And if the world is to make the shifts that scientists say are required to confront climate change, decarbonizing electricity is just a start. All of us at Greentech Media are incredibly thankful to our audience for reading along as we helped document a crucial growth phase for these technologies, policies and markets. 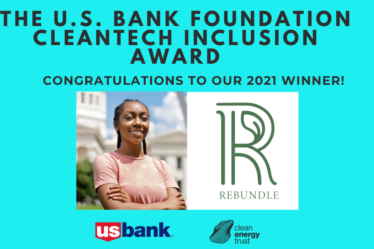 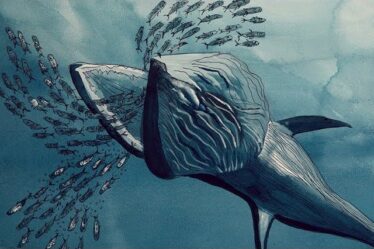