This is my last article at Greentech Media. Thank you all, and look for me on Twitter @jeffsaintjohn to keep in touch.

Greentech Media closes its doors this week. But the energy transformation it’s been chronicling for the past 14 years is just getting started.

Since its 2007 founding, this site you’re on now grew from a slim-staffed startup with a flair for incisive coverage of the then-fledgling solar, smart grid and energy storage industries, to the news arm of a global energy industry research and analysis firm.

Over the course of more than 18,000 articles and countless comments-section conversations, GTM became an unofficial hub of a U.S. clean energy and technology community that has evolved into a mighty and globe-spanning economic force. As a reporter who’s always dreamed of becoming a useful member of society by learning and writing about work that I find both fascinating and essential to the future of humankind, I can’t express how grateful I am to be part of that community.

Looking back, it all seems inevitable. But it was far from a sure thing when it started. GTM’s launch coincided with a boom in venture capital investment in clean technology that peaked one year later, and then crashed with the global recession and the unraveling of venture investors’ biggest bad bets in thin-film solar and biofuels.

I came to GTM in the fall of 2008, just in time to catch the start of the cleantech VC bubble bursting around our San Francisco Bay Area editorial offices. Two months later, Barack Obama was elected president and began work on the stimulus package, passed in February 2009, that reinjected life into the faltering clean energy sector.

It was a set of circumstances that bears some resemblance to where the United States finds itself today, with the Biden administration pledging to invigorate clean energy and decarbonization efforts that have faced four years of hostile policy from the Trump administration. But beneath the similar political dynamics lie a dramatically different set of ground truths — primarily, the ascendance of wind and solar power from relatively marginal and costly resources to the lowest-cost and fastest-growing source of electricity in the world.

The Department of Energy’s direct loans and loan guarantees, created by the American Reinvestment and Recovery Act, played a pivotal role in setting utility-scale wind and solar power on this path, and I did my fair share of reporting on it. I also took a turn at tracking the loans that ended up boosting some upstart « disruptors » like Tesla Motors to their current heights, while striking out on companies like Solyndra, Beacon Power, Fisker and A123.

But as GTM’s designated smart-grid reporter — a rubric we later changed to “grid edge” — my main task was to delve into the billions of dollars of stimulus investments into technologies like smart meters, distribution automation, home energy controls and the first forays into grid-scale and distributed energy storage.

Coming from a seven-year career as a business reporter for small and mid-sized newspapers up and down the West Coast, it was a rapid and disorienting introduction to a world of technologies and business relationships I hadn’t known existed until I was dropped into the middle of them.

Luckily, I had joined up with a small but talented team that made up for what it lacked in size and pedigree with hard work, personal initiative and an irreverent, yet deadly serious, sense of purpose.

In that sense, GTM was very much a “business-model venture” in search of a new industry, as Scott told Powerhouse Ventures CEO Emily Kirsch in a 2018 podcast. “You’ve got to have a lot of venture capital coming in, you’ve got to have some big top-feeders that are getting disrupted, that are either getting pushed out of business or doing a lot of acquisitions, so there’s a lot of money flowing down from them to these startups.”

This was the major focus of our earliest coverage, as we tracked the movement to initial public offerings for startups including Enphase, Bloom Energy, Silver Spring Networks, Opower and SolarCity. Far more of the startups on our radar ended up being acquired, including the last three names on that IPO list, as well as household names like Nest, now part of Google.

But as Scott pointed out, the role of government in responding to the disruptions of a major technology shift was also a critical part of our coverage, from the politics of federal clean energy tax policy and stimulus, to the state-by-state development of technology mandates, net metering policy, energy regulatory transformation and renewable-energy and carbon-reduction goals.

Today, we’re facing a new role for government, one driven by the urgency of a climate crisis that’s wreaking havoc on our legacy energy systems, as wildfires in California, hurricanes on the East Coast and winter blackouts in Texas have made all too clear. Beyond expanding research and development for new technologies needed to achieve decarbonization across energy, transport, buildings and industry, state and federal lawmakers and regulatory agencies will need to be bold and aggressive with policies to remove barriers to an unprecedentedly widespread deployment of technologies that have proven successful in the market.

I’d like to think that GTM helped expand the understanding of these imperatives before they had grown into clear crises. Our growing reputation as the go-to source of solar and smart grid research and analysis did find its way into the understanding of policymakers over the years. Our partnership with the Solar Energy Industries Association, for example, yielded data on the rapidly rising rate of solar adoption that earned a mention from President Obama in two consecutive State of the Union addresses.

Our energy storage research, among the first of its kind to quantify and analyze the complexities of batteries as a major grid resource, also won mention from Obama in an address noting the 7th anniversary of the passage of the 2009 Recovery Act. And our grid edge research team’s assessment of the future scale of distributed energy resources (DERs) as grid assets was cited by then-chairman of the Federal Energy Regulatory Commission Neil Chatterjee in his vote to approve FERC Order 2222, which mandates DER integration into U.S. wholesale energy markets.

Stephen Lacey, our former editor-in-chief, and Julia Pyper, our senior editor, also boosted the public profile of GTM as hosts of The Energy Gang and The Interchange podcasts and the Political Climate podcast, respectively, which reached a whole new audience of millions of listeners. That audio presence helped make Stephen our most sought-out reporter at GTM Research conferences, according to a poll of about 60 current and former GTM staffers held during a Zoom reunion and send-off last week.

Eric Wesoff, GTM’s former editor-at-large and first non-founder employee, was also highly sought-after, we agreed — even if it was because “half the PR people wanted to kill him on any given day,” according to former solar research director MJ Shiao.

Eric’s epic takedowns of too-good-to-be-true startups like Lightsail Energy and his postmortems of overly hyped industry sectors, marked by the signature skull image adorning them, helped set the tone that Scott and Rick established early on for GTM as a publication that pulled no punches in its efforts to serve the industries it covers.

As Scott said in 2018, when something “smells fishy, it probably is, and you should dig deeper. If you see companies that are being hyped but you can’t find any customers, you should probably ask the hard questions and really call them out.”

While other trade publications tend to shy away from negative press of the industries they cover, or even actively take part in pay-to-play that erodes their credibility, his time with Light Reading taught Scott “the begrudging respect you get from advertisers, even when you’re really hard on them in your articles.”

The best of times

All of this hard work and hard-hitting, often contentious journalism didn’t keep us from having fun, though. My experiences in the office, at conferences and at the conference after-parties and retreats were a world away from the hierarchical and local politics and propriety-obsessed newspaper environments I had come from. I had more fun with my colleagues at Greentech Media than I’ve had at any other job — and that includes my « lost years » working as a bicycle messenger and semi-professional musician in San Francisco.

There’s something special about watching your consummately professional colleague Carrie Whitmore engaging in a pushup contest in the middle of a post-DistribuTech corporate mix-and-mingle event, or stepping out with your boss — Rick, in this case — to catch an Iron & Wine show in Manhattan after an all-day conference on such topics as home area networks and modular nuclear power.

“When I first interviewed at GTM, I showed up in Williamsburg in a suit and tie, and Rick had a beanie on,” said Zach Pollock, former GTM smart grid senior analyst and now regulatory specialist at Xcel Energy in Colorado. Rick and Scott were the “yin and yang of GTM,” he said, with Rick’s edgy energy balanced by Scott’s quiet focus. Juan Monge, our conference content manager, recalls how Scott spent almost an hour discussing the world of rare orchid hunters, their rainforest adventures and the delicacy of their art during one of his first weeks on the job.

A similar dynamic exists between my two U.S.-based colleagues, Emma Foehringer Merchant and Julian Spector. Besides being the country’s preeminent energy storage reporter, both in terms of chronicling the industry’s rise and exposing its problems, Julian is perhaps best known among GTM conference-goers for his sartorial splendor — a green suit over a turtleneck springs to mind — and his annual Thanksgiving comedy stylings. Emma’s low-key demeanor is a reflection of the persistency of a reporter willing to carry months-long investigations, and even longer FOIA battles with government agencies, to their conclusion, and her commitment to expanding her solar and policy beat to include matters of environmental justice and social equity.

Across the Atlantic, John Parnell, our senior European editor, has taken Greentech Media’s scope of coverage to an international stage, informing our understanding of the energy transition of European oil giants Shell, BP and Total and providing key coverage of offshore wind and green hydrogen. And our long-time Barcelona-based freelancer Jason Deign is our most prolific explorer of global energy trends, from African minigrids to intercontinental transmission networks.

Unsung heroes at GTM also deserve a shoutout. Michelle Vessel has been our copy editor since 2010, quietly making our articles free of errors of grammar and of fact and maintaining the GTM style despite our clumsiest efforts to ignore it. Nicholas Rinaldi has almost single-handedly built our GTM Squared subscription service into a widely respected and profitable showcase for the in-depth analysis of our editorial team. Katie Tweed, one of our longest-serving reporters, launched the small but mighty Creative Strategies brand studio in 2017. Kristine LaRocca has designed the distinctive and eye-catching look and feel of GTM through its multiple iterations and site rebuilds since 2009.

There really are too many more friends and colleagues to thank in the space I’d need to do so. Nor can I ever repay the debt of gratitude I hold for you, our readers, who gave me a chance to discover a calling and a purpose beyond what I would have thought possible back when our adventure together began. To all of you I say thank you, farewell — and when we see each other at the next conference, vaccinated and ready to press ahead with our work face-to-face, maybe we can challenge each other to a pushup contest. 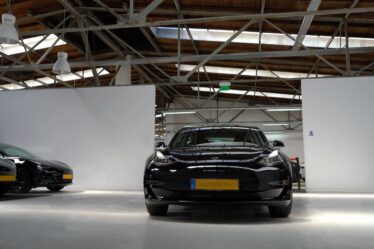 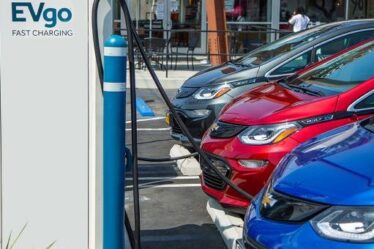