A British person emits more CO2 in two weeks than some people in Africa do in a year, and this has led to the UK having a massive contribution to global warming. As a result, many Brits are adjusting their lifestyles to fight climate change by reducing their carbon footprint. This is the total amount of greenhouse gas emissions we generate from the food we eat, the products we buy, and our methods of travel. These gases increase the planet’s temperature, creating air pollution, and cause extreme weather changes, among other hugely negative impacts. Carbon dioxide, for instance, stays in the atmosphere for hundreds of years, so it doesn’t matter how we release it — the effects are still the same.

However, clearly one person alone isn’t going to reverse climate change, so the entire population needs to work together to each reduce their carbon footprint and lower their overall carbon emissions. Here are five ways you can cut down your own carbon footprint.

Meat and dairy production requires the use of excessive amounts of energy, creating gas emissions and causing land clearing. For instance, it takes 2,400 gallons of water to produce one pound of red meat — the same amount you’d use if you took a seven minute shower every day for six months. Cows also release methane gases into the atmosphere, accounting for a third of agriculture’s global methane emissions, and having a significant impact on global warming.

So, going vegan is the “single biggest way” to reduce your environmental impact, according to researchers at the University of Oxford. They found that cutting out meat and dairy could reduce an individual’s carbon footprint from food by a staggering 73%. Start small by swapping dairy milk for a plant-based alternative such as soy, oat or coconut, or eating a few meat-free meals a week. If making the transition is difficult, you can always try going vegetarian or pescaterian first, as these are still much better for the environment than being a carnivore.

We use large amounts of energy in our homes every day, and the average UK household emits 2.7 tonnes of carbon emissions every year from heating alone, and lights, electrical appliances and even your hair wash routine also contribute to your carbon footprint. In fact, washing your hair during a ten-minute shower uses the same amount of energy as leaving a TV on for 20 hours. And, as Salon Gold notes: “if [somebody] washes their hair daily with two shampoos and rinsed-out conditioner, leaving the water running for 10 minutes, it all adds up to 10 kilograms [of carbon emissions] a week.”

Other changes you can make include using energy-efficient LED light bulbs, turning off your lights when not in use, and switching to an eco-friendly energy supplier.

The aviation industry creates 2.4% of global CO2 emissions, meaning that air travel contributes to a large proportion of your carbon footprint. The fuel burned by aircraft produces greenhouse gases which impact the environment when released into the atmosphere. In fact, an economy class return flight from London to New York emits an estimated 0.67 tonnes of carbon dioxide per passenger, which accounts for 11% of the average emissions created by one UK citizen in a year.

You should instead travel by coach or train where possible. Milena Buchs, an expert in sustainability, economics and low carbon transitions at the University of Leeds told the BBC that “trains and coaches are generally the lowest carbon means of travel, much lower than flying and cars.” For example, an intercity train releases 41g of CO2 for every passenger mile while a coach releases just 28g of CO2 compared to a long-haul flight of 102g of CO2. However, if flying is necessary, you should book with an airline that uses new models of aircraft, which tend to be more fuel-efficient than older versions, therefore creating fewer emissions.

Car pollution is one of the major causes of global warming, and accounts for 22% of the UK’s total carbon dioxide emissions. An average petrol car in the UK produces the equivalent of 180g of CO2 per kilometre, while a diesel car produces 173g of CO2 to the kilometre, so living car-free is a sustainable choice. Car exhaust releases hydrocarbons and nitrogen oxides which, when combined, react to sunlight and increase ground-level ozone. Carbon monoxide is also released, posing a threat to human health by depriving your organs of vital oxygen when breathed in, while carbon dioxide contributes to global warming and poor air quality.

The government’s 2018 National Travel Survey revealed that around 60% of 1-2 mile trips in England are made by car, demonstrating how many unnecessary trips we make which could easily be walked or cycled instead. Public transport also creates a lower rate of emissions overall, as more people are using the same vehicle instead of multiple cars. However, if you do need to travel by car, apply the same principle by sharing a ride with someone, allowing you to spread your fuel usage across multiple riders.

The fast fashion industry expels 1.2 billion tonnes of CO2 a year, more than the aviation and shipping sectors combined. The problem is that most of the time, these items are worn once or twice and thrown away, creating large amounts of landfill waste on top of the emissions they create. However, buying your clothing second-hand from charity shops, markets and online retailers like Depop reduces your carbon footprint, decreasing your CO2 emissions, requiring no chemicals to create, and zero water waste. 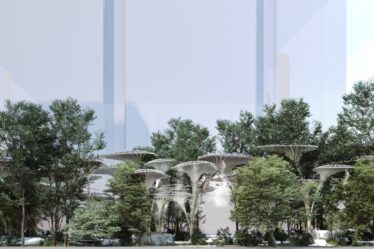 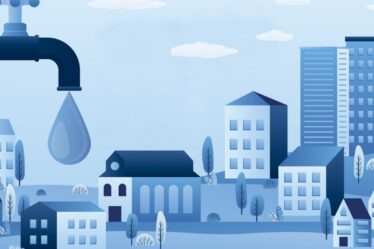 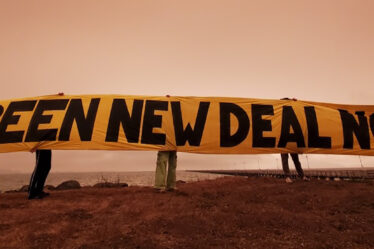