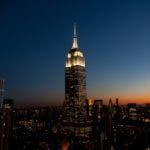 Construction of the Empire State Building in New York City couldn’t have started at a worse time. The depression had come to America. Central Park was a hobo village where the destitute congregated. When the building was finished in May of 1931, Alfred E Smith, the building’s owner, insisted that every room in the building remain lighted at all times. That way, all 6,514 windows would project a message of hope to all. Today, the venerable building is once again a symbol of hope. Over the past decade, the trust that owns the Empire State Building has invested more than $30 million to make it more energy efficient. “If we can prove it works here, then it can work anywhere,” Dana Schneider, senior vice president and director of energy and sustainability for the trust, tells the Washington Post.  “That’s why we have to make it work. We want to use this super-famous building that everybody recognizes as a beacon … to change the world.”

The elevators in the building now have energy recovery systems. Think of them as regenerative braking devices that operate vertically instead of horizontally. Every light in the entire building is now an LED, including those that flash from its top at night to remind New Yorkers that brighter days are ahead despite the darkness on the land at present.

Every window has been upgraded to the highest energy conservation standards. Automated window treatments adjust the amount of daylight that enters the rooms during the day to reduce heating and cooling needs and decrease the amount of electricity needed to illuminate the rooms. Heating devices have been modified to make them more efficient.

An energy audit revealed that devices left plugged in all the time were sucking up lots of electricity even overnight and on weekends when no one was using the offices in the building. Now electronic devices can shut down some or all of the electrical outlets when not in use.

The upgrades are not a whim. The plan to upgrade the Empire State Building started with a chance encounter between Ira Magaziner, then head of the Clinton Climate Initiative, and Anthony Malkin, head of the trust that owns the building. The problem confronting Magaziner was that constructing buildings, then heating, cooling, and lighting them after they are completed accounts for almost 40% of all carbon emissions worldwide. The problem is exacerbated in urban environments. In New York City, the built environment is responsible for more than two-thirds of the city’s carbon emissions.

Would the trust be interested in serving as test case for the effectiveness of energy upgrades? At first Malkin said he would test out the proposals in a smaller building owned by the trust but Magaziner insisted the Empire State Building be the model. He wanted to showcase energy efficiency strategies on the world stage. Malkin agreed on two conditions. First, the upgrades had to pay for themselves within 5 years.  Second, the process and procedures needed to be publicly available to all.

Today, the improvements made over the past decade are saving $4 million in electricity every year and the project is expected to pay for itself twice over. Malkin has become an evangelist for energy upgrades at other large buildings and many of the ideas pioneered by the Empire State Building retrofit have become embedded in the New York City building code. Malkin has also forged a close relationship with the Natural Resources Defense Council.

Donna De Costanzo, a director for climate and clean energy at the NRDC, tells the Post, “An iconic building like the Empire State Building moving forward as it did, and not because there was a requirement but because they understood the benefits, is really significant. It demonstrates to other buildings what can be done.” Which is precisely what Malkin wanted to happen when he agreed to the project.

Easy For Some, Not So Easy For Others

Partly as a result of what the Empire State Building has done, the New York City Council passed a sweeping new energy efficiency law in 2019 called the Climate Mobilization Act. By 2024, the 10,000 buildings that generate the most carbon emissions in the city will be subject to a strict emissions cap. By the end of the decade, those limits will tighten and the law will expand to cover all buildings 25,000 square feet or larger — nearly 60% of the city’s developed area, says the Washington Post. Any structure that exceeds its cap could be fined hundreds of dollars for each excess ton of carbon emitted.

Just 11 miles from Empire State Building is the Amalgamated Housing Cooperative. Coincidentally, many of the buildings that make up the cooperative opened in 1931, the same year as the Empire State Building. Ed Yaker, the manager of the rent controlled facility, wonders where he will find the money to comply with the new law. The city’s building inspector has already given Yaker a list of repairs and upgrades that need attention. It is 866 pages long. Complying with the new law will cost the complex $20 million, and that is net costs after all available tax credits and incentives have been figured in.

“A less indebted and less supervised entity” — like the Empire State Building — “could borrow more easily,” Yaker says. “But we’re affordable housing and we’re getting beat up on a lot of other fronts. It’s an overwhelming task. It’s great New York is doing this … but they never think about how are we going to get the money?”

An engineering survey determined the complex could reduce its heating and cooling bills 9% by installing a geothermal system. Over time, such a system would pay for itself. The problem is paying for it in the first place. The city has allocated $30 million to help people like Yaker figure out how to apply for low interest loans, but considering the size of the undertaking citywide, that is a mere pittance.

Some critics of the NYC law say it focuses too much on carbon caps and not enough on increasing energy efficiency. Buildings that fail to meet the caps imposed by the law face enormous fines — money that could be put to better use than giving it to the city. Even Malkin, who serves on the advisory board that will help implement the building law, says he is frustrated with the city’s focus on carbon reductions to the exclusion of energy efficiency. The new law provides building owners with an incentive to simply wait for the local electricity grid to get greener rather than focusing on using less electricity in the first place. “A sustainable economy is one that consumes less,” Malkin says.

In today’s political environment, the fault lines between Democrats, who tend to favor regulations, and Republicans, who prefer a free market approach, are evident. Meanwhile, energy efficiency standards for buildings are now on the agenda in many states and cities across America from Washington, D.C., to the state of Washington. Boston, Los Angeles, and St. Louis are working on their own plans to make the buildings in their cities more energy efficient.

And so, Ira Magaziner was right. The Empire State Building is still a beacon of hope not only to New York City and America but also to the world. Lower carbon emissions are possible and they can even pay for themselves. People can change their habits in response to a climate emergency. All it takes is vision, planning, access to funding, and a lot of hard work. The time to begin is now. 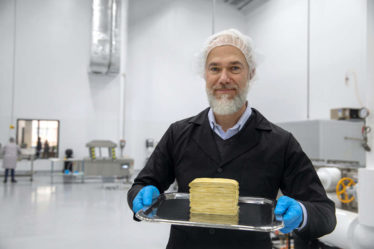 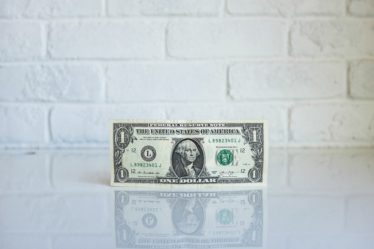 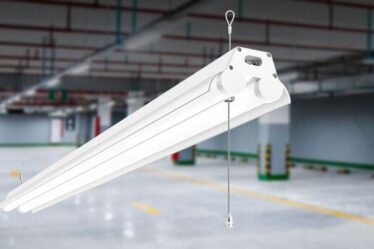