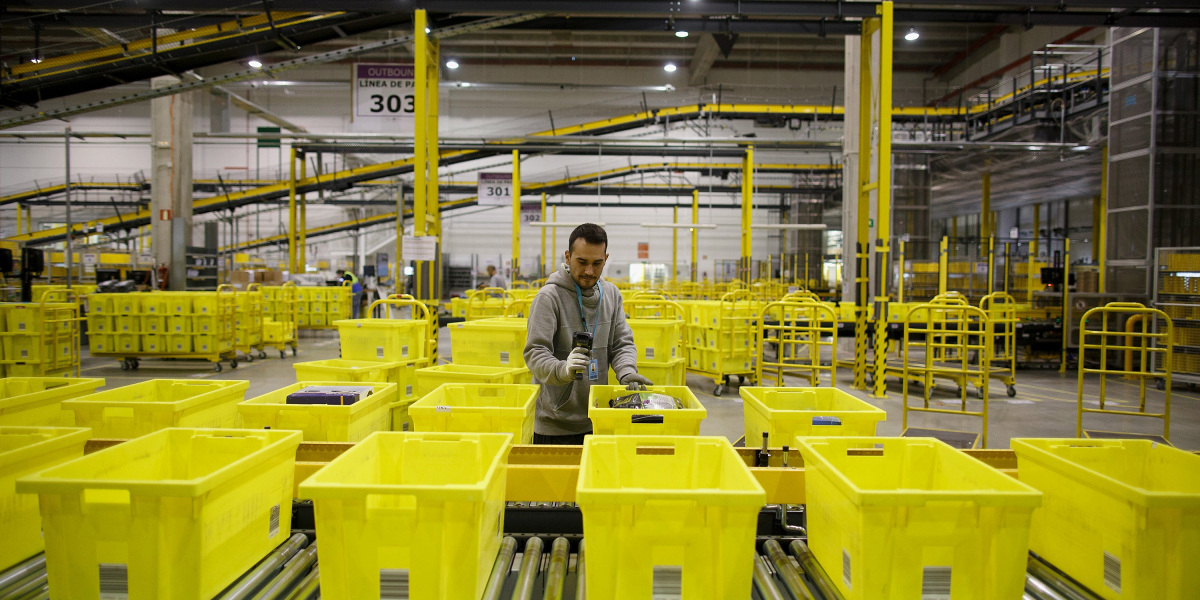 The technology that Adore Me is now using is not new. Automated fulfillment centers pioneered by behemoths like Amazon and Ocado Technology are vast places, with thousands of robots shunting millions of bins across spaces the size of several soccer fields. But in the last few years the tech has become more distributed as the online shopping market has matured. As robotic warehousing systems become more compact and more modular, more retailers are choosing to install their own, tailored to their business needs and available space. Instead of filling several city blocks, the new generation of systems can be installed in a supermarket stockroom.

This shift toward smaller-scale automation distributed across multiple locations has come as the retail sector is in danger of collapsing. According to the US Department of Commerce, retail sales in the US fell by 16.4% last month—the worst drop since reporting began in 1992. The previous record—a drop of 8.3%—was set in March. With shoppers stuck at home, retailers are suffering across the board. Many physical stores have been shuttered.

It’s not all bad news, however. Others are seeing their online business explode and finding it hard to meet demand. In the US, e-commerce is up by more than 21% since this time last year. The biggest shift is in groceries. In a letter to grocery industry clients on March 19, consultants McKinsey noted that some were seeing spikes as high as 700%. Instead of making weekly visits to a supermarket, many consumers are now buying food online. Businesses with fast and efficient ways to fulfill online orders will win out.

To keep up, some retailers are scrambling to change how their now-empty stores are used. Instead of displaying items for passing customers, spaces are being turned into storerooms and delivery depots for businesses that have moved entirely online.

“It’s as if e-commerce jumped ahead five years,” says Vince Martinelli, CEO of Right Hand Robotics, a US firm that has installed robotic arms for picking items from bins in around a dozen retail warehouses in the US, Europe, and Japan.

One response to the spike in demand is to hire tens of thousands of temporary staff, as Amazon has done. But people are expensive. “We’ve had a real jolt to the system, and you cannot solve it in the long run just by throwing people at it,” says Martinelli.”

The other is to accelerate the rollout of technologies to meet it.

Stores have been weighing the pros and cons of investing in more automation for years, he says. Increasingly, it’s no longer a choice. “Automation is one thing you need to survive,” says Scott Gravelle, CEO of Attabotics, a Canadian company that makes robotic fulfillment systems small enough to fit inside an average-size store.

Increased use of robotics is one part of this survival strategy. Not surprisingly, companies building robots or sensors are seeing a spike in interest. Brain Corp, which makes control software for floor-cleaning and stock-moving robots, says it saw usage of its technology increase by 24% in April over the same period last year. Its robots now work a total of 8,000 hours a day, the equivalent of 1,000 employees. Cleaning robots are usually run overnight, but two-thirds of the increased use was during daytime working hours, which Brain Corp thinks reflects the more stringent cleaning demands during the pandemic.

Inertial Sense, which builds smart sensors that allow robots to navigate, says it has had a couple of big orders come in already, and lots of requests for its demo kit. “People are like, ‘Oh my gosh, I’d better get on this,’” says the firm’s CEO, Tom Bennett.

The upshot is that smaller retailers are benefiting from the way the big guns have changed the field in recent years. Many large retailers rely on companies like Ocado Technology, which builds and operates vast out-of-town fulfillment centers for several big UK supermarkets. Those that have long embraced automation in this way seem to have adapted to the crisis well. The 3,000 or so robots in Ocado Technology’s larger warehouses are managed by a central AI, which continually tweaks thousands of parameters to ensure that the whole system runs as smoothly as possible. It might change a picking order here, delay one robot over there so that another can catch up, or suggest a more efficient way to stack items. “A system that complicated is really beyond human control,” says Alex Harvey, head of AI. “We have to use AI to run it optimally.”

To help it keep tabs on the warehouse, the AI checks its performance against a virtual simulation of the physical space that mirrors its every movement. When the physical and digital twins fall out of sync, the simulation alerts the AI and its human operators of a potential problem, such as a dropped item or a wonky wheel on one of the robots. This simulation helped the AI recommend a few changes when online demand peaked in the first few weeks of lockdown. As buying habits shift, the grid layout of the bin stacks can be updated overnight. Bins containing items that were bought more frequently were moved to the top, where they could be accessed more quickly.

Recently, Ocado Technology started to replicate its technology for retailers outside the UK. It has deals with Kroger in the US, Sobeys in Canada, Casino in France, Aeon in Japan, and others. “We did a copy-and-paste for them,” says Harvey. Ocado Technology takes on the high cost of installation itself in exchange for a cut of the retailer’s revenue.

All these firms—big and small—are now watching our new shopping habits closely. When demand spikes and online customers want purchases delivered as soon as possible, centralized fulfillment stops being so cost effective. Efficient stock picking and shorter delivery routes are key, which gives an advantage to smaller local stores over large out-of-town warehouses.

For example, last year Ocado launched Ocado Zoom, a one-hour delivery service to London, from a smaller warehouse just outside the city. Based on Ocado’s larger installations, Zoom’s stacking system is modular and can be customized to a site. This plus the lower up-front costs will make it easier for smaller stores to adopt automation: they can start small and add capacity as they grow.

In the US, Walmart is another retail giant that is rapidly adapting its model to better suit how we now shop online.

When the pandemic hit, Walmart was in the early stages of offering an express service, which would deliver items ordered online to a customer’s home within two hours. Upgrades to the software that calculated delivery routes and the processes for picking the items in store were rushed through. At the end of March it tested the service in a store in Phoenix, Arizona. On April 16 it rolled it out to 100 stores across the US. The company is now expanding it to more than 2,000.

But express delivery only works if the ordered items are shipped from a location close to the customer. Luckily, Walmart was already experimenting with going small-scale, by shipping items directly from stores rather than from its massive out-of-town warehouses. At the end of 2019, it had rolled out the technology to 130 stores. The software, which tracked every purchase across Walmart’s thousands of stores and kept a millisecond-by-millisecond record of stock, crunched through millions of variables (including availability, speed of delivery, and cost to Walmart) to identify which of those stores was the best choice for fulfilling a local online order. At first Walmart was not seeing much demand for the service, but of course that soon changed. When its large fulfillment centers began to struggle, the company ramped up its ship-from-store service to 2,400 stores in just two weeks.

Companies like Attabotics are helping smaller names mimic the tactics of the big firms. Its micro-fulfillment system lets small retailers turn a stockroom in the back of their store, or the shop floor itself if it’s closed to customers, into an AutoStore-style order processing machine. It’s a better use of real estate, says Gravelle.

Where AutoStore uses robots the size of washing machines that move across the top of stacks of bins, Attabotics makes a system in which smaller bots burrow up, down, and through a densely packed warren. The whole thing takes up around 6 to 8% of the space that a store would fill if its items were out on display, says Gravelle. Attabotics uses machine learning to determine where stock should be stored, on the basis of what items typically go together in customers’ orders, and the system is adjusted in real time as purchasing behavior changes. It also provides a common set of parts, which can be pieced together in various configurations to fit the shape and size of a room. Attabotics says it runs the smallest (350 square feet, or 33 square meters) and the largest (61,000 square feet) robotic fulfillment centers in the US, including warehouses for the department store chain Nordstrom. “You could have lots of bins and one robot, or a few bins and lots of robots,” says Gravelle.

Even when stores reopen and people return to work, retail will not go back to normal. Stores and warehouses will have to enforce social distancing. Martinelli of Right Hand Robotics thinks that could lead to even more automation. “If fewer people are allowed in a building, humans become of higher value,” he says. “You don’t want to waste a human on a mundane task if you can automate it.” For example, in most automated fulfillment centers, humans still pick items from bins that robots put in front of them. Unsurprisingly, Martinelli thinks this is a task better suited to the kind of robot his company makes. Ocado Technology has also been testing a robot picking arm that could help with social distancing in the post-covid-19 factory.

Of course, none of this was on the horizon when Adore Me set up its new warehouse. The company invested heavily in automation to support an aggressive international growth strategy. Its robots allow it to process four times as many orders as it could before. Now those robots are helping it keep up during the pandemic, when many people are apparently comfort-buying pajamas.

The efficiencies speak for themselves, says Steven Keith Platt, director of the Platt Retail Institute in Boston, which studies robots in the retail industry: “This is a massive impetus for companies to ramp up investment in automation.”

Bennett, CEO of Inertial Sense, agrees. “Retail is the place where economics is going to drive long-term adoption,” he says. “This has become a boardroom issue faster than I’ve ever seen anything.” But he cautions that automation is not a plug-and-play solution for everyone. Companies looking to invest in automation may have to work around legacy processes and in-house technology.

Even without these hurdles, switching to automation takes time, unless you already have a platform to build on. Millions of dollars’ worth of machinery needs to be ordered, manufactured, and tested. The effect won’t be instant, but when it comes it’ll be here to stay, says Martinelli: “In 2021 or 2022 you’re going to see the impact of what the last month or two has kicked off.”

Businesses that were on the fence at the start of the year have seen their priorities change. Many are now eyeing long months or years of uncertainty ahead. More than a few will commit to an investment that did not look like an immediate need until a few weeks ago.

“There’s always a lot of aspirational talk about the future and what companies would like to do,” says Gravelle. Suddenly there are fewer reasons to put off those plans: “Now they have to do it.” 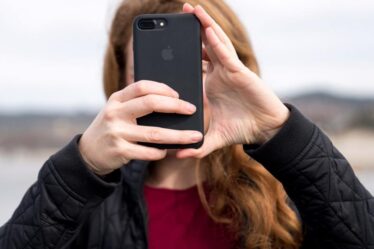 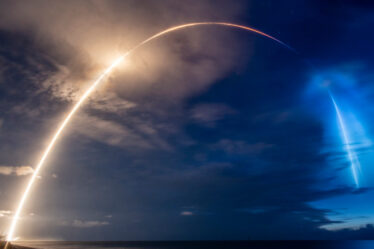 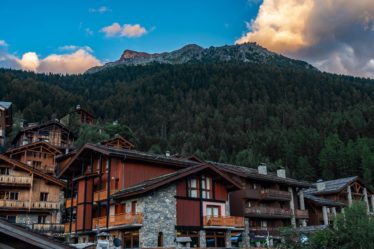