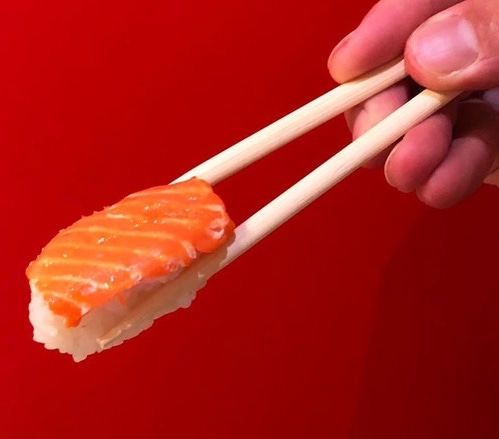 A group of international students has developed a 3D printing technique that enables them to print complex binders and proteins into plant-based fish alternatives.

Having begun working together on an EU-backed AM research project in 2017, the Danish-based band of students has recently innovated an extrusion-based 3D printing process for fabricating salmon. Now trading under the name Legendary Vish, the startup is seeking to commercialize its product, with the aim of providing a healthier and more delicious alternative to existing vegan-friendly fish substitutes.

“We saw that in the plant-based seafood market, there are currently mainly unstructured products, such as fish sticks or burgers, products with a more complex structure such as salmon fillets can not be found on the market right now,” said Robin Simsa, CEO of Legendary Vish, in an interview with FoodNavigator. “We saw a unique opportunity in utilizing 3D food printing to create seafood products with a complex structure, which cannot be achieved with classical extrusion technologies.”

From EU project to Legendary Vish

The trio of students from The University of Gothenburg, Universidad Autonoma de Madrid, and The Technical University of Denmark (DTU) started to work together on an EU-led project three years ago. During their work research as part of Training4CRM, a research project which uses 3D printing to develop treatments of neurodegenerative disorders, the team realized that similar techniques could be applied to 3D print plant-based proteins. Identifying a gap in the market within the seafood sector for more structured vegan-friendly fish-based products, the team began developing its plant-based alternative.

In addition to this perceived commercial opportunity, the team was also driven by its desire to bring greater sustainability to food production. According to the UN’s Food and Agriculture Organization, one-third of the world’s assessed fisheries are currently pushed beyond their biological limits. Moreover, using 3D printing to artificially create fish rather than traditional fishing methods to catch them, could reduce the environmental damage caused by overfishing. The CO2 emissions associated with trawlers would also be eliminated, by removing the need for fishing vessels altogether.

As a result, the need to find greener 3D printed alternatives to conventional food production has never been more pressing according to the students. “Overfishing, greenhouse gas emission, destruction of the oceans, those are the side effects of the industrial fishery,” stated the Legendary Vish team. “Plant-based seafood production requires less energy, emits less greenhouse gases, and does not need antibiotics [to acquacure the salmon].”

Rustling up the 3D printed delicacies

In an attempt to tackle these environmental challenges, the student team built on the extrusion-based 3D printing technique they’d developed as part of project Training4CRM, to 3D print fish instead of medicinal products. Using Felix 3D printers, the AM method works by extruding a range of plant-based bio-inks, as Simsa explained: “We have a 3D printing process which allows the extrusion of different plant-based ingredients – our ‘food inks’ – through different print heads. With this special process, we achieve the complex appearance of our salmon fillets, which show the realistic distribution of orange/red meat tissue and white connective tissue.”

Supported by the European Institute of Innovation and Technology, the students aimed not just to recreate food that imitated the appearance of fish, but also its taste, texture, and nutritional value as well. To accomplish this, Legendary Vish products are currently 3D printed using mushroom, pea proteins, starch, and agar-agar gelling nuts, with the ambition of integrating avocado seeds and omega-3 into future iterations.

“One thing that is very important to us is the re-creation of the nutritional value of fish, and especially the omega-3 fatty acids,”​ explained Simsa. “There are many sources of plant, or algae-based omega-3, and we are right now experimenting with different ingredients to find the best solution for our products.”​ In addition to nutrition, the students are also experimenting with different aromas and flavors for their fish-based alternatives. “For the taste of our products, we are working together with a specialized company in the field of flavor development to get a perfect salmon flavor by adding natural aromas and fragrances,” added​ Simsa.

Moving forwards, the students are attempting to raise enough funding to fully launch their company, and commercialize a range of plant-based vegan-alternative salmon, tuna, and herring food products. One potential source of revenue for Legendary Vish is The Greenstart Incubator program, part of the Vienna Impact Hub, which awarded the business €6,000 earlier this year.

Now the company is in contention to make the competition’s final in Austria, which comes with a €210,000 prize for winning. Nonetheless, the students are still considering their options, and are willing to become suppliers for other vegetarian companies, while they seek regulatory approval in Europe.

“3D printing is a relatively new technology, and the regulatory framework is not that well-defined yet,” concluded Simsa. “We want to expand first to Scandinavia due to the high amount of seafood consumption and later also to other European countries. Our production upscale is planned to be finalised by 2022, and then consumers can get a first taste of our products.”

While the 3D printed food market is still in its relative infancy, other companies are still working on their own additive culinary delights. Earlier this month, for instance, Redefine Meat, a food 3D printing company unveiled it’s first industrially 3D printed plant-based product – the Alt-Steak. Fabricated using the start-up’s patent-pending AM technology, the steaks will begin market testing at select high-end restaurants later this year.

Researchers have also harnessed AM to enhance the nutritional values in foods, with scientists from Columbia University developing a new method of 3D printing cooked food that combines different ingredients. The technique enables the creation of mixed flavor profiles and unconventional recipes that would not be possible using conventional methods. 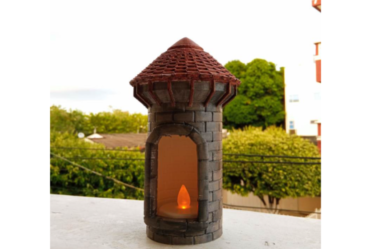