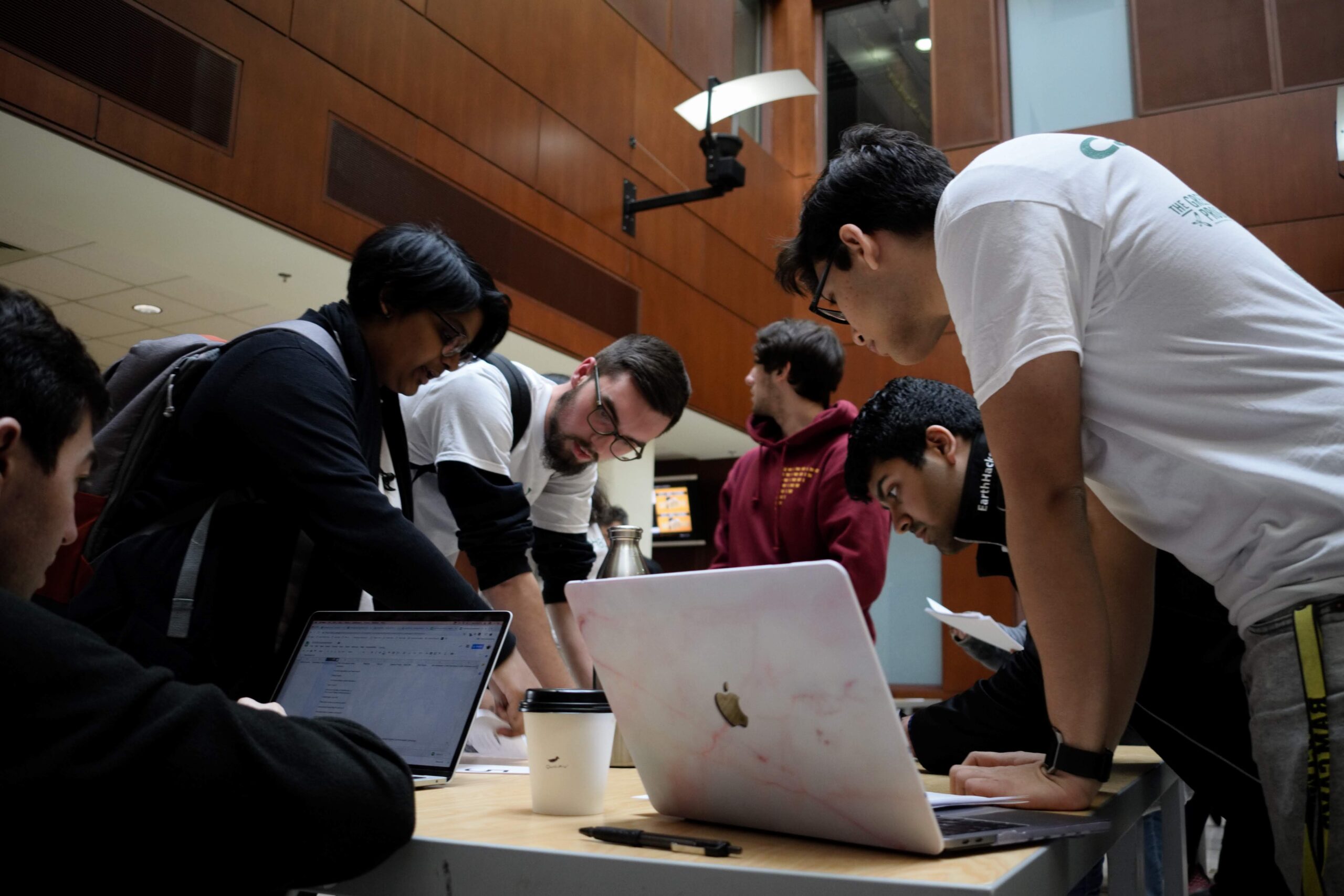 For more essays and articles by Shana Rapport, sign up for VERGE Weekly, one of our free newsletters.

Sanjana Paul is a 23-year-old scientist, electrical engineer and environmental activist on a mission.

Yes, she’s worked at NASA. But her mission isn’t to explore the outer edges of the solar system. Instead, it’s to harness the full power of technology and the ingenuity of young people to solve our most pressing environmental challenges — right here on Earth.

In addition to her former role as a junior atmospheric science software developer at NASA and her current work as a researcher at MIT, Sanjana is founder and executive director of Earth Hacks, an organization that hosts hackathons for college students to combat the climate crisis.

I caught up recently with her to talk about technology innovation, climate solutions and environmental justice. The following interview has been edited for clarity and length.

Shana Rappaport: Before we get into Earth Hacks’ mission, let’s start with your own passion for innovation. What technologies are you personally most excited about or inventions are you most proud of?

Sanjana Paul: That’s a great question, and not an easy one because the answer changes every few months. The technology landscape is evolving so rapidly and always reflective of the society that we live in.

I think I’ll have to stick with a classic and choose harnessing the photoelectric effect through solar panels. The trajectory we’re on of being a planet powered by the sun is such a powerful way to support a growing, thriving society.

Rappaport: You also have some inventions of your own. Can you speak briefly to those?

Paul: I’ve been fortunate to work on a number of different hardware prototyping projects that I’m very proud of. One is what’s now the Sentinel Project at Conservation X Labs, which is a next-gen camera trap for wildlife conservation that harnesses the power of artificial intelligence to assist wildlife conservationists. Another is a robot that I created with a partner of mine, FLOATIBOI, that captures marine plastic debris in coastal areas using visual identification. [Editor’s note: FLOATIBOI is short for Floating Long-term Oceanic Autonomous Trawler Incorporating Buoyant Object Identification.]

Rappaport: You founded Earth Hacks in 2018 to leverage the power of the hackathon innovation model in direct service of climate education and solutions. Talk a little bit about what set you on this journey.

Paul: I used to go to hackathons as a way to boost my coding skills and supplement what I was learning as an electrical engineering and physics student. But I’d go to these hackathons and find myself stunned because the problems that they presented seemed completely out of touch with the reality that we are living in. They seemed like things only third-year computer science majors would care about.

So, I started to wonder: If hackathons are a place where really smart people come to essentially give up their whole weekends to work on problems, why are we not presenting societally relevant problems? And why are we not presenting really time-sensitive problems, like climate change, which is the most time-sensitive issue we have ever faced as a species?

I got a group of my friends together, and we decided to have environmental hackathons as a space to engage with environmental issues and actually start imagining what we can do about them. It all spiraled from there.

We started out with one in Richmond, Virginia, and then started getting contacted by students across the country and eventually across the world. We formed an organization around it, and now we’re fortunate to have worked with people from every inhabited continent on the planet — on hackathons ranging from creating urban heat island maps to creating better tools for conservationists working with endangered species.

Rappaport: The EarthHacks model is also working to ensure that great ideas don’t just get generated at these student-driven hackathons but are actually implemented. What are some of the real-world projects that have come out of them so far?

Paul: That’s a great question, and before I dive into it, I just want to say that one amazing part of all this is that nothing is ever really lost at these hackathons. Even if no cool inventions or startups come out of them, we’re still fortunate that this is an educational opportunity — students still walk away learning about these issues and engaging with them more closely than they did before.

That said, we’ve seen some really incredible projects come out, already being put to work in really interesting ways.

We collaborated with a startup called Urban Canopy and with scientists from NASA’s Jet Propulsion Lab — working with satellite data from the International Space Station to create the world’s first public map of urban heat islands. We basically gave students data, said, « Pick a city, plot the land surface temperature and put it on a map. » This told us where urban heat is most concentrated, which we can hand over to city planners or researchers, and hopefully guide policy so that people have to deal less with extreme heat.

Another example is endangered species conservation. We worked with a bunch of nonprofit organizations who focus on vaquitas — a very endangered porpoise that lives in the Sea of Cortez. We were able to create technical tools for the conservation teams to better track the animals and some of the key issues surrounding them; and to engage law students to draft a white paper that is going to go public soon with real recommendations to lawmakers about how to deal with wildlife crime. We also created a public outreach campaign, because no one is going to do anything about endangered species if they don’t know about them.

Rappaport: Let’s talk about the intersection of tech, climate and social issues. What are your aspirations for how EarthHacks, and the tech industry more broadly, can work to advance environmental justice?

Paul: First, I just want to acknowledge that, for a long time, I think the environmental movement as a whole was really focused on environmental issues as somewhat abstract, as separate from us. Maybe they affect species in far-off places or natural landmarks whose beauty we marvel at but we’ve never seen in person.

But fundamentally, the climate crisis is about people, right? It’s about whether we’re going to have the ability to live happy, healthy lives. Because of that, the climate crisis is inherently tied into social justice and social crises. That’s why I think that taking a more complete view of climate is so critical.

The single biggest thing that business leaders today can do to help young people with aspirations is to take drastic action on climate, so that we have the time and space to grow up and to be business leaders ourselves.

Second, it’s the practical thing to do. If we ignore how social issues are a huge chunk of the climate problem, and how it’s actually playing out, we’re not going to be able to meaningfully solve either. For the tech industry, specifically, the movement for social, racial and gender equality needs to become integrated into all of the core actions that we take — not just an extra thing to do. Social equity needs to be included in decision-making processes and planning from the very start.

If we don’t work to address these issues now, we’re not going to be able to when we’re overwhelmed by changing temperatures and extreme storms. Even though these can be uncomfortable conversations, we need to expand the cultural window of where they happen and make sure that they happen everywhere all the time.

Rappaport: You’re speaking to an audience of business leaders. What kind of support can the private sector provide to you and other young technologists committed to solving environmental challenges, either as corporate partners or as intergenerational allies?

Paul: I love the phrase « intergenerational allies » — and I think that’s key. The single biggest thing that business leaders today can do to help young people with aspirations is to take drastic action on climate, so that we have the time and space to grow up and to be business leaders ourselves.

The other smaller step that everyone can take is, put simply, to engage. All of the students we work with at our hackathons are always looking for more opportunities. They’re looking for people to learn from, to come and speak at their events, to mentor them. They’re looking for places to work that are advancing sustainability. So, just engaging with us, reaching out and saying, « Hey, we’d like to support you in some way » — that’s hugely meaningful to us. There are so many different ways to get involved, but it’s always going to start with just reaching out. 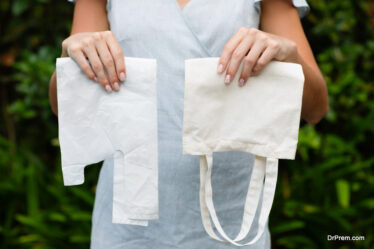 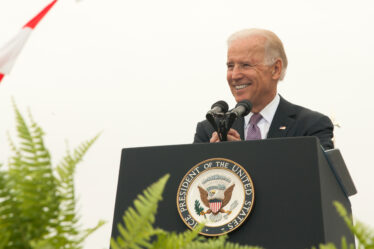 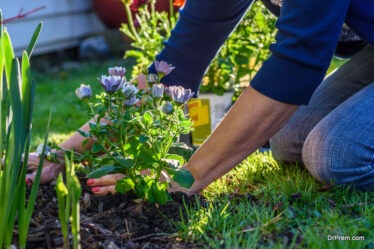