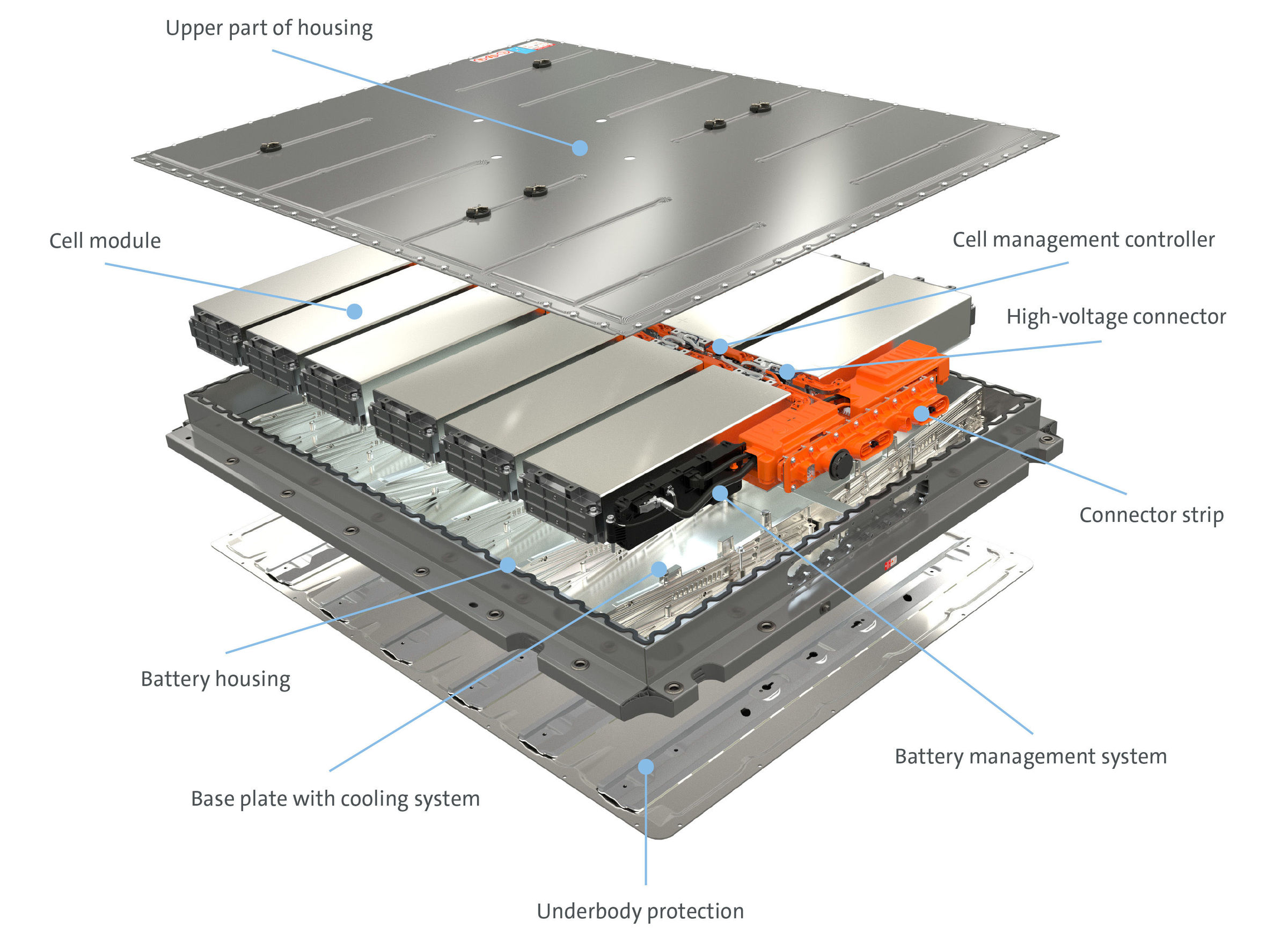 Plus: Clean Energy Trust portfolio company Varuna shows up on the Google homepage, Jigar Shah is heading to the DOE, and BNEF puts out more graphs about energy than you can shake a stick at.

There are currently major and complex things happening in the electric vehicle industry. On the one hand, we’re seeing top tier automakers integrate vertically by bringing battery manufacturing capacity in house. At the same time, newer, smaller firms are choosing to leverage contract manufacturers to assemble their vehicles.

As electric vehicle manufacturing continues to scale up, major manufacturers like Volkswagen and Tesla are vertically integrating and bringing battery manufacturing in house. One pressure they are reacting to are shortages of battery supply capacity, and of the commodity materials which go into batteries. These businesses are looking to protect their supply chain and ensure they can source the batteries needed (already, a shortage of battery supply has been cited for the main reason Tesla has slow-walked its Semi truck), while also seeking performance benefits from a more integrated electric powertrain. The scale of these investments are massive: the 6 new battery plants Volkswagen announced in the article linked above would consume the equivalent of 60% of total 2020 global lithium demand, according to industry analyst Benchmark Minerals.

What’s going on here? A few things. A few months back, we talked about how electric vehicles can be thought of as having two main parts: the “skateboard” which contains the guts of the vehicle, and a “top hat” for passengers or cargo, which can be designed mostly independently of the skateboard (and can have more flexible form factors). And while still capital intensive and complicated, electric vehicles also have many fewer moving parts (and more electronics), so could be a large opportunity for contract manufacturing.

To put a finer point on this, FoxConn has also unveiled what is essentially an open-source hardware and software stack essentially the ‘skateboard’ part of EVs called the MIH Open Platform, and is building an alliance of companies around this approach. This initiative should capture some of the benefits from an integrated software approach that Tesla enjoys (as we’ve discussed before), and likely lowering the barriers to entry for new EV development. Think of it a bit like Android for EVs, except in this example the open platform also provides that shell of the phone and some of the components in it, like the battery.

And while it may sound kind of funny to hear that a company that makes iPhones is going to start making SUVs, it is common to see manufacturers move up the value curve over time. For example, Kia started off making steel tubing and bicycle parts in the 1940s. So, it’s not a big surprise that electronics manufacturers are working to get into the electric vehicles space.

How Clean is Dirt?

What’s your favorite carbon sequestration solution — Direct air capture? Point source capture and sequestration? Dirt? There’s been a lot of attention paid to regenerative agriculture practices recently, which can help sequester carbon in soil: recently, Nancy Pfund of DBL Partners shared her thoughts on the investment potential in regenerative agriculture, and Scientific American recently provided an overview on how erosion and climate change can be mitigated by incorporating more carbon into the soil.

On a related note, the U.S. Department of Agriculture (USDA) is seeking input on how it should structure a carbon bank, which could pay farmers for sequestering carbon in their soil (either paying them directly or indirectly by guaranteeing minimum prices for soil health credits). USDA appears to be planning to develop such an institution leveraging the existing financing authority it already has.

Paying farmers for more sustainable practices can be a political winner, and has positive benefits. However, before we celebrate, it’s worth noting we’re still in the early days of agricultural offsets. In particular, carbon offsets from farming appear to be even harder to measure, verify, and maintain than other ecological offsets (which have also struggled with this issue historically).

Despite these challenges, there is currently a lot of entrepreneurial activity in this space; it’s an area that’s poised to grow in the coming years. And despite the debate on the efficacy of sequestering carbon in agricultural lands, sustainable farming practices (such as planting cover crops and no-till farming) have other ecological benefits and are a good thing. More on this plan here.

What is Varuna? Google It. A screenshot of the Google homepage linking to Varuna’s work Kia’s EV6 reveal reveals something interesting about new electric vehicles. I wouldn’t normally call attention to reveals of new vehicles before all the details are out there, but I saw something in the Kia EV6 reveal that stuck out to me (and it’s not just that I have a soft spot for the “is it a hatchback or is it a crossover SUV” that encompasses the Kia Niro, the vehicle I own, in addition to the new EV6).

Final U.S. range estimates are still forthcoming, but it’s probably in the range of 250 and 300 miles per charge, depending on the battery pack size. That’s in the same range as many newer EVs on the road today. But what is somewhat unique is the speed of charge it can handle — using newer 350KV high speed chargers, these vehicles can charge from 10% to 80% in about 20 minutes (you need a high speed charger to achieve this, but the limitation to date has actually been the vehicle battery packs not being able to handle the voltage).

Why should we care about that? That’s 20 minutes to add between 200 and 250 miles of range. Not as fast as filling up a tank of gas, of course, but not much different than how long many folks will spend at a rest stop after 4 hours of driving anyways. I’d guess it is quick enough to allay folks’ fears about whether the vehicle will work for the hypothetical road trip they are thinking about when deciding to purchase their next vehicle.

Those charging speeds are more common with the high end electric vehicles like the Porsche Taycan. The fact that Kia is able to incorporate it in a vehicle they are aiming for the mainstream market (after tax credit the vehicle will start around $35,000 in the U.S. suggests that we should be bullish about the new generation of electric vehicles built as EVs from the ground up, and intended to be sold at real volumes (Teslas of course, but also the Ford Mach-E, the Hyundai Ioniq 5, and the Kia EV6).

President Biden is proposing a massive infrastructure package, the American Jobs Plan, which would include investments in electric vehicle charging infrastructure, expansions and improvements on tax credits to build transmission, new renewable energy and carbon capture projects, and purchase new electric vehicles. The plan also includes major funding for climate-related research, development, and demonstration projects and a 100% Clean Energy Standard for the power sector by 2035. If enacted, this would be in my view the most significant climate and energy legislation to ever pass in the United States. As Rob Day (Partner and Co-Founder at Spring Lane Capital and Clean Energy Trust Investment Committee Member) put it, this is a BFD — a “Big Financial Deal for sustainability investors.” Now for the hard part! Link

The Department of Energy hired cleantech trailblazer and iconoclast Jigar Shah to lead the Loan Programs Office (LPO). Jigar most recently ran Generate Capital, which he founded to provide deployment project finance capital to clean energy technologies that were proven out technologically but not yet treated by financial institutions as such. He has an enormous amount of respect, experience, and credibility in the industry. If you could get anyone in the world to lead that office, Jigar would be on the very short list. His experience working in project finance and with entrepreneurs should put him in good stead at the Loan Programs Office.

More broadly, Jigar’s hire is a good example of something that I think is flying a bit under the radar in Washington: the Biden Administration is chock full of fantastic, experienced people — this is true within and beyond the climate space. While most administrations hire lots of extremely qualified individuals (my own career notwithstanding), this Administration has been able to attract a dream team of folks. Many roles are filled by people who are arguably the single best individuals in the world to do their job — Jigar Shah at LPO, Janet Yellen as Treasury Secretary, etc… Link

BloombergNEF (BNEF) dives into 2020 data on climate tech investing. As they note, mobility and EVs drove a lot of the growth over the last several years. Link

BNEF also released their 2021 Executive Factbook, which is chock-full of interesting graphs and data on power, transportation, and buildings (and more) around the world. I recommend checking it out — BNEF Executive Factbook

Asset Managers Blackrock and Vanguard voice support for pushing their portfolios to back 2050 net zero goals. “Net Zero by 2050” is the new black. Link

Tesla likes making headlines, so they announced that they started accepting Bitcoin for payment. There was some buzz as if it were a bold game changing move. It is not — even some of the most enthusiastic ‘deep value’ investors in Bitcoin don’t expect it to be useful to actually buy things with. The more apt explanation is that it means the company understands its customers. Turns out, many of the affluent early adopters who like innovative new fast electric vehicles also like innovative new cryptocurrencies.

Icelandic carbon removal company CarbFix injects carbon dioxide into the ground and can “fix” the carbon into stone underground in only two years (eliminating the risk that the injected gases could leak out later). Concentrated CO2 is also easier to sequester than from the air — this solution costs about $25 a ton, compared to direct air capture, which is currently at least 25 times more expensive). Link

Josh Posamentier, Managing Partner at Congruent Ventures and Clean Energy Trust Investment Committee Member, took to Twitter to highlight some of the real innovations that have occurred over the last couple of decades in the cleantech space, pushing back on the idea that all of the improvements in the space have been driven by scale and deployment. Link

Greentech Media shut down — a sad day for cleantech fans. Where, now, to turn for cleantech news? A silver lining is that there are a plethora of great resources, many of which started publishing in the last year or two. You can check out our blog post What to Read: Resources for Cleantech Investing for suggestions. And speaking of, some of the Greentech Media team have landed at the brand new RMI-backed Canary Media.

Illinois is re-establishing an SBIR/STIR matching fund initiative. These programs are extremely effective government spending – they help provide leverage for startups, and don’t require much bureaucracy (since they are just funding the entities that the federal government has already reviewed and deemed worthwhile). Link

Volvo has committed to not building anything but pure EVs by 2030. Link

The head of the World Resources Institute, Dr. Andrew Steer, will lead Bezos’ Earth Fund, which intends to spend down its $10B between now and 2030. Link

FedEx committed to making their delivery fleet all-electric (and their operations carbon-neutral) by 2040. Link 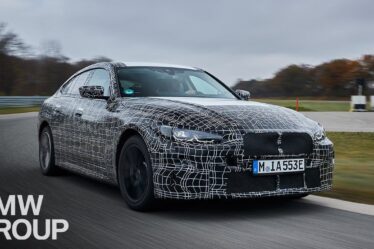 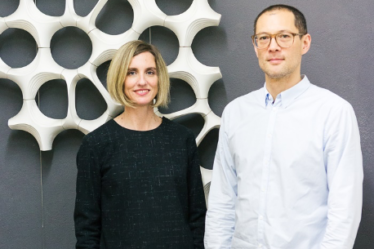