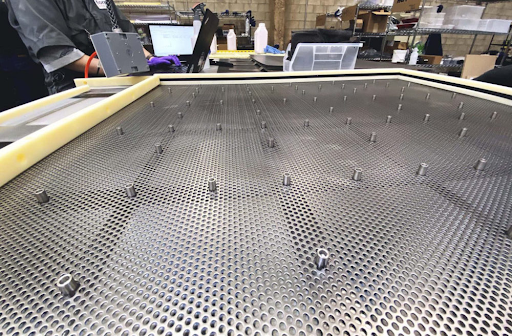 I like to keep things fresh and change it up occasionally. Last month, we focused on the progress on federal policy in the form of an infrastructure bill, along with some significant news about electric vehicle infrastructure interoperability.

How Low Can You Go?

The Energy Department is aiming to decrease the cost of long-duration storage so that by 2030, costs are 90% lower than lithium ion storage today (BloombergNEF currently targets lithium ion at $137/kWh at the pack level, and expects it to be $100/kWh by 2023). David Roberts does a good job explaining recent research on the subject — making the point that for long-duration to be widely adopted, it may need to be REALLY cheap (less than $20/kWh, and possibly below $10/kWh) — hence the Energy’s Department’s goal.

Prolific researcher and tweeter Jesse Jenkins (who was also an author of the aforementioned recent research) broke it down in a Twitter thread if that’s more your style. Here’s a link to the paper published in Nature if you’re interested in more details; and you can find a one-page summary here.

Another takeaway from that research was that to get the most value out of the storage, the long-duration storage needed to store at least 100 hours of energy (lithium ion storage tends to be competitive around 4–6 hours now).

On that note, the Wall Street Journal had the exclusive reveal on long-duration storage company Form Energy. The company announced an additional investment from one of the largest steel manufacturers in the world, ArcelorMittal (which is relevant because iron is the key commodity material in both steel and Form Energy’s storage technology). They are targeting — you guessed it — 100 hour+ storage, at a cost 90% less than lithium ion, by around 2025.

Braiding these threads together, long-duration storage is an interesting space, because many smart people agree on what needs to happen generally (very long duration, for very very cheap) but are working on an extremely wide variety of solutions (new chemistries, very hot sand, stacking big blocks, etc…). Form Energy is among the most promising companies, but we’re still in the early innings. The Wall Street Journal examined the growth of EV charging stations but questions the economics. The through line is that while charging stations make a bunch of economic sense California currently (where by far the largest share of stations are today)… “In most of the rest of the country, the build-out will happen ahead of demand.” And S&P Global predicts that the SPAC frenzy in the EV infrastructure space will help to accelerate consolidation taking place in the industry (as companies who go public have new cash to spend on growth).

Meanwhile, Tesla announced plans to open up its charging network to all EVs later this year. As other networks are built out and mature, having a dedicated network is less important to the sales proposition of a Tesla vehicle, and this should open up a significant revenue opportunity (since their network is already large and has lots of fast charging, that people will pay for when far away from home). If you’re interested in more angles on this, Jaan Juurikas examined this from a bunch of different perspectives over at EV Universe.

It wasn’t that long ago that the biggest concern around EVs was that the lack of charging infrastructure buildout was going to hold back EVs. Now, the networks will be near-universally available, and people are concerned about whether there are too many being built to be profitable!

I didn’t really buy the premise that charging infrastructure would hold back EV sales, and charging infrastructure can also be built relatively quickly in response to increased EV sales. Today, it does not seem to be a significant concern going forward given the substantial growth happening in the space (although I’m sure there will be pockets in rural areas that will be underserved for a while, similar to 4G telecommunications). Climate Policy is Happening Right Now, If You Know Where to Look

The gears of federal policy action are grinding forward on climate — there’s actually a whole lot happening, but it can be hard to see the forest for the trees.

The bipartisan infrastructure agreement will come up for a vote in the coming days; while it’s not the bill climate advocates hoped for, it does contain funding for electric vehicle infrastructure, funding for hydrogen economy development, and significant transit funding. But that’s not all! There will likely be a bill passed through reconciliation that addresses a number of Democratic priorities, including on energy and climate. Its future is less certain than the infrastructure bill, but likely to include provisions with a larger magnitude of impact on climate. Also, there are very significant climate-related spending increases proposed in the 2022 Federal budget (especially on the R&D front). Finally, the Securities and Exchange Commission will be proposing rules later this year requiring corporations to publicly disclose their climate change risks.

If these updates left you less than riveted, I would focus on the signals the White House Climate Czar Gina McCarthy is sending — essentially emphasizing that something will happen, whether or not it happens in Congress. Multiple levers exist — legislation is one; regulation is another. It doesn’t mean that McCarthy’s word is law, but once the policy ball is set in motion, it can be hard to stop. For example, although the Obama Administration’s Clean Power Plan never took effect (due to legal challenges), every state still hit its targets under the plan years early, because industry decided that it wasn’t too unpalatable in general, and needed to plan for it (also, in reality it wasn’t as aggressive as some claimed).

This matters because it is likely to influence the corporate response. When one policy option exists that a stakeholder doesn’t like, they put resources into killing it. When there exist a bunch of different options to implement a policy a stakeholder doesn’t like, they are more likely to work to massage the process so that the least distasteful option becomes policy. This is extremely likely to be the case in Washington, DC this summer. All else being equal, corporations are likely to prefer legislation with financial incentives and inducements to reduce emissions than regulatory action — I think this reality will actually help increase the likelihood of passage of these bills.

Hydrogen supply company Plug Power and renewables developer Apex Clean Energy have entered into the largest green hydrogen power purchase agreement in the United States. In this case, the wind turbines that Apex is developing will be used to generate liquid hydrogen. Plug Power is undoubtedly planning to grow its green hydrogen business, as this new agreement represents about three quarters of the company’s current demand (much of which is generated on-site by electrolyzers for specific commercial and industrial applications like forklifts).

While generating hydrogen from excess intermittent renewables is often discussed as a climate solution, the utilization rate of an electrolyzer is very important to its economics. That’s not what’s happening here: it’s not aimed at addressing intermittency, it is Plug Power buying cheap renewable energy to produce green hydrogen 24/7, and lock in their energy supply.

Before Jigar Shah joined the Energy Department’s Loan Programs Office, I recall he previously talked up the use case of using electrolyzers to generate hydrogen for wind farms that otherwise might have transmission constraints. I don’t have any inside information, but I would guess that’s a factor here. Link

These types of climate-related software solutions will undoubtedly continue to increase in importance over time. It is a huge opportunity space for innovation, but which actors actually end up owning the value creation is a wide open question. Will it be a startup that most of us have never heard of? An established tech company like Microsoft, Google, or Stripe? The answer could be both — we may see large tech companies acquire or acqui-hire carbon accounting and carbon risk platforms and integrate them into their offerings.

Depending on whose analysis you look at, the carbon removal industry of 2050 could be on a similar scale as the oil and gas industry today (around $1.5 trillion in revenue). Other analyses are more conservative, but still suggest it might be a $500 billion industry in 2050 — in other words, still an enormous global industry. Link

Electric vehicle manufacturers continue to lock down their supply chains: GM made a deal to source domestic lithium for their car batteries; Tesla struck an agreement for nickel (also for car batteries).

The solar industry continues to analyze the sanctions the Biden administration made on Chinese polysilicon suppliers (which we’ve talked about the last few months); the early word sounds like it’s complicated, but may not result in a particularly significant impact on the U.S. market. Link

Clean Energy Trust was awarded funding from the U.S. Department of Energy for a collaborative effort with Centrepolis Accelerator, mHUB, and Spark Innovator Center — the effort will help support Midwest climate tech startups, creating a unified source of resources, educational materials, and opportunities for climate tech startups in the process. Link

Legal analysis by Freshfields Bruckhaus Deringer, reported on by Axios, suggests that considering Environmental, Social, and Governance (ESG) factors (such as climate impacts) is almost always consistent with an asset manager’s fiduciary responsibility, and in some legally required. A good reminder that returns and sustainability are not an either / or, generally speaking. Here’s a chart of how renewable energy generation differs by state — h/t to my former colleague Tyler Norris (on Twitter at @tylerhnorris); second order h/t to EIA. Link

Annnnnnnnnd Lucid Motors’ SPAC was held up partially due to the notice to shareholders getting marked as spam by email clients (it eventually got approved). Link 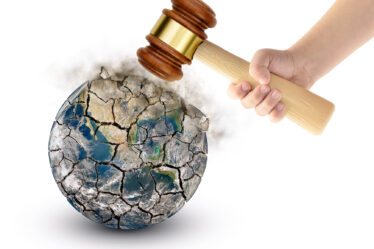 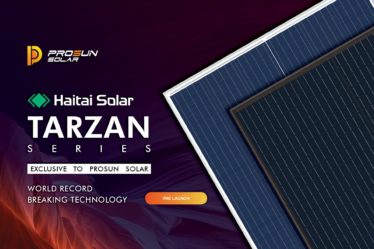 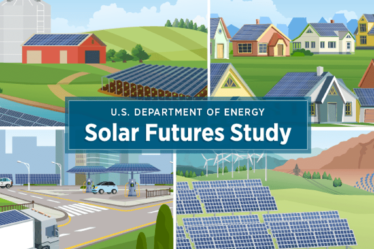