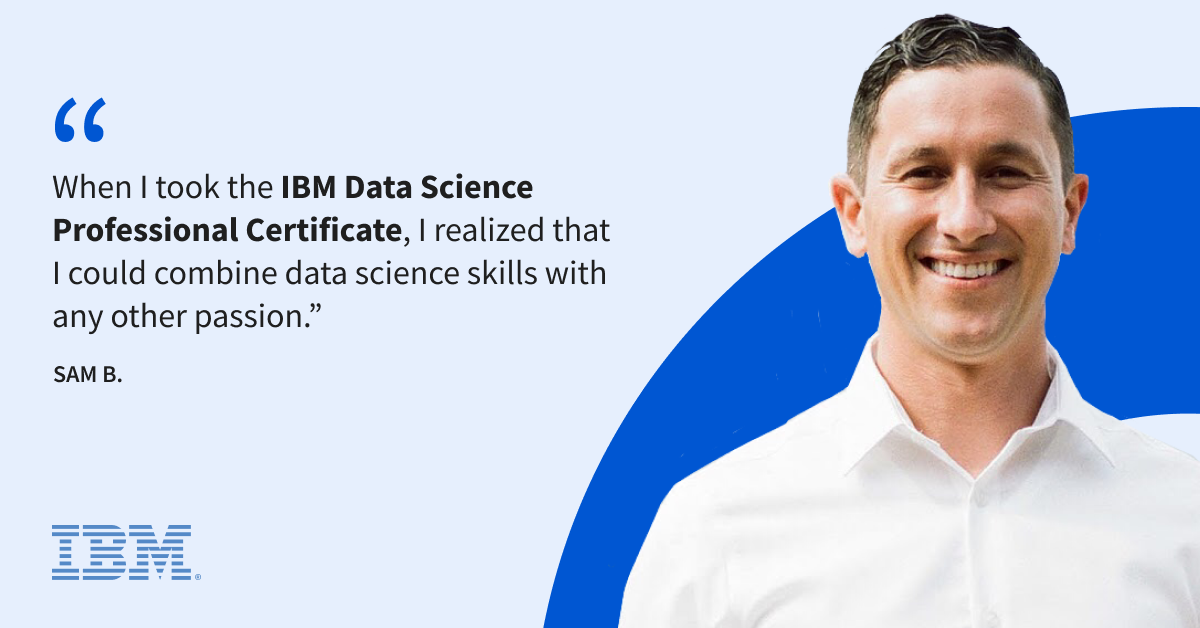 Meet Sam, a drummer who taught high school math in Hawaii before the birth of his first son. Sam decided to move into the in-demand field of data science by enrolling in the IBM Data Science Professional Certificate on Coursera. In the program, he not only gained job-ready skills, but he also discovered ways to combine his passion for music with his data science practice. Read his full story, below!

My name is Sam, and I have always loved math and numbers. While working as a math teacher in Hawaii for 7 years, my wife and I had our son.

When you have a child, your whole world changes. You want to provide for them and give them the best life possible. For years, I had been telling my high school math students, ‘Data science is a great job,’ but, finally, I decided to heed my own advice. I knew I was good at math, but I did not have any computer background, so I was always wary about getting into programming. Nobody had ever explained to me that programming is basically logic and number theory. Which I love! After some research and an initial Python course, I dove right in to the IBM Data Science Professional Certificate on Coursera.

I chose the IBM Data Science Professional Certificate because it had depth and breadth, which was great, especially for my first experience with data science. I was eager to learn all the skills I could, and this course definitely provided a deep, detailed learning experience.

I also chose IBM’s program because I wanted to learn with an institution that had a meaningful name in the industry. My dad and grandpa had both worked at IBM their whole lives, and I had also worked there for a summer, so I knew about IBM, and I trusted what they would produce and offer. And I was right – the program was really great!

When I took the IBM Data Science Professional Certificate, I realized that I could combine data science skills with any other passion. I’ve always been interested in music—I actually used to be a drummer in a reggae band—so, once I started playing around with Spotify APIs, taking the skills I learned in the course and doing my own projects with them in my own interest areas, that’s when my growth really exploded. I would encourage people that are struggling or stuck to try to find some area of their life where they think they can apply these skills, and immediately start trying to do that, and you will be so motivated to keep learning.

The IBM Data Science Professional Certificate gave me a lot of confidence. I never saw myself as a computer person, but the program has you do all these complicated-seeming things like working in the Cloud and connecting to APIs, and it was so cool to me, to see how easy Watson Studio actually was to use, and how much you could do on it.

I ended up messing around with the Spotify API, and I was the first person on the Internet to pull out their podcast data and do visualizations. It’s not that crazy of a task, but you can’t really say too often that you’re the first person on the internet to do something. I even made a tutorial about it to show other data scientists how they can do the same thing, and it felt really good to be able to provide something back to the community of data scientists. You read all these tutorials from other data scientists, but you don’t really imagine yourself being able to provide back. It was a really cool experience to be able to do that with something I’d created myself. 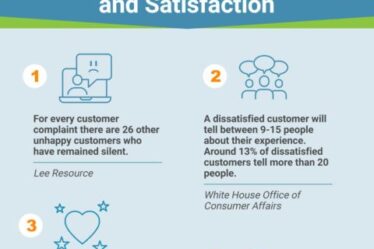 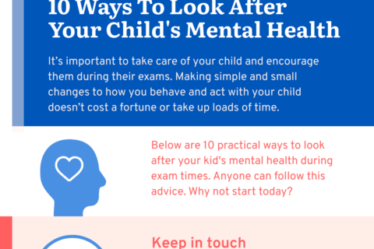