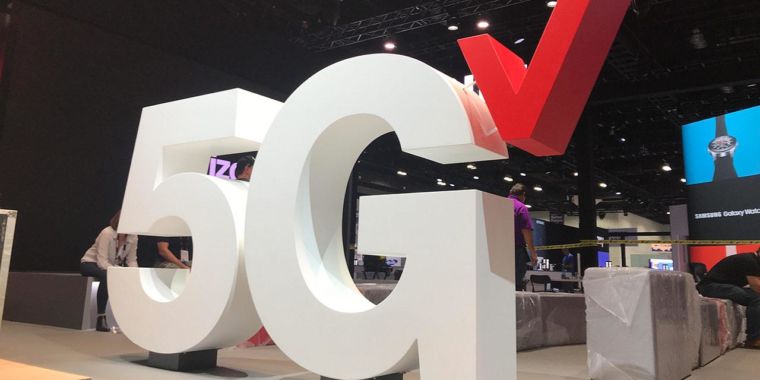 Verizon has reluctantly agreed to stop running ads that falsely imply the carrier’s 5G mobile service is available throughout the United States.

Verizon 5G makes heavy use of millimeter-wave signals that don’t travel far and are easily blocked by walls and other obstacles. On top of that, 5G is generally only available in small areas instead of throughout entire cities. Yet Verizon has been running a commercial that « falsely implies that Verizon 5G service is broadly available nationally, » the National Advertising Division (NAD) of the Council of Better Business Bureaus said yesterday. The council also recommended that Verizon discontinue two TV commercials and refrain from making the same claims in future ads.

The NAD runs the advertising industry’s self-regulatory system that companies use to challenge each other’s advertising claims. The NAD’s critique of Verizon’s 5G ads was unusually pointed. The group said it « recommended that Verizon discontinue claims which communicate that its 5G service is widely available in cities across the country, and that its service is broadly and readily accessible in cities where it has been launched. »

The NAD said that Verizon « does not dispute that its current 5G service is limited » and that « Verizon’s 5G coverage is primarily restricted to outdoor locations in certain neighborhoods and varies from block to block. » The NAD also said that Verizon commercials touted speeds of nearly 2Gbps despite « the absence of evidence showing that Verizon’s speed test results accurately characterize how Verizon’s 5G network will perform under normal consumer use, or a clear and conspicuous disclosure of the expected results. »

In its advertiser’s statement, Verizon stated that it will comply with NAD’s recommendations even though it does not agree with all aspects of NAD’s decision. Verizon further stated that it « remains committed to the self-regulatory process and believes strongly in transparency of customer messaging. »

We asked Verizon what specific aspects of the decision it doesn’t agree with, but the company spokesperson who replied to us did not provide an answer. You can watch what appears to be one of the offending commercials here and view Verizon’s 5G coverage maps at the carrier’s website. The Verizon spokesperson told us that « the TV ads stopped running months ago, » but Verizon’s decision to comply with the NAD ruling means that it will have to make more limited claims in future ads.

AT&T challenged Verizon ads despite its own history

The NAD ruling against Verizon came in response to a challenge filed by AT&T, which has also misled US mobile users by renaming parts of its 4G network « 5GE. » AT&T started changing the network indicators on many customers’ 4G phones to 5GE in January 2019.

After a challenge filed by T-Mobile, AT&T in May 2020 complied with an NAD recommendation to « discontinue its ‘5G Evolution’ and ‘5G Evolution, The First Step to 5G’ claims, » but it apparently continued to use the misleading « 5GE » icon as the network indicator on phone screens. In early June, AT&T finally deleted a webpage that touted the « 5GE » coverage that’s actually 4G, and the URL now redirects to a page that doesn’t mention 5GE at all.

AT&T also won a partial victory last year in a challenge of Verizon’s « First to 5G » claims. Verizon is appealing yet another NAD decision in a separate AT&T challenge. The appeals also go through the ad industry’s self-regulatory system, and in rare cases, they are referred to the US Federal Trade Commission.

In yesterday’s ruling against Verizon, the NAD said that « the challenged advertising consists of shifting images of Verizon engineers describing the exceptional speed and capacity of Verizon’s 5G network while standing in geographically diverse cities throughout the United States, with several running real-time speed tests on their phones. » Verizon did not explicitly claim nationwide coverage, but the NAD decided that the ads make the implied claim that « consumers will be able to access Verizon’s 5G network in the specific locations its engineers are depicted to be standing (and representative locations like them). »

In one representative claim, a Verizon commercial said that « people from midtown Manhattan to downtown Denver can experience » Verizon 5G service. The NAD said it « determined that while the challenged advertising communicates the accurate message that Verizon is building its 5G network, the commercials simultaneously tout the current performance of the network, ultimately conveying the net impression that Verizon’s ‘ultrafast’ 5G network is widely available in cities across the country and, where it has already been launched, is broadly and readily accessible to consumers. »

Further, the NAD found that the ads communicate a message « that Verizon’s exceptional speed and performance can be broadly accessed in the cities where it has been launched. » The NAD recommended that Verizon « discontinue claims implying that the speeds referenced in the commercials are typically experienced by consumers. »

One paragraph from the NAD announcement summarizes Verizon’s admission that its 5G network isn’t even close to being nationwide:

With regard to substantiation, Verizon does not dispute that its current 5G service is limited. Verizon’s 5G coverage is primarily restricted to outdoor locations in certain neighborhoods and varies from block to block. Since Verizon’s 5G coverage, at present, is not broadly accessible throughout the cities where it has been launched, NAD was concerned that the challenged advertising potentially communicates a misleading message to consumers. NAD considered whether Verizon’s disclosure (« 5G Ultra Wideband only available in parts of select cities and locations. 5G-capable device req’d. Coverage may vary and is not available exactly in all locations and venues depicted. ») is sufficient to limit its claims, but concluded that it is not clear and conspicuous, and fails to effectively qualify or limit the claims. Therefore, NAD recommended the claims be discontinued.

Under years-old NAD guidelines, carriers should only claim « nationwide » coverage « if the provider offers service in diverse regions of the country and the network covers at least 200 million people. »

Americans who see Verizon’s misleading 5G ads « includ[e] people who live in cities and towns across the country that may not receive Verizon 5G coverage for months, if not years, » the NAD said yesterday. Going forward, the NAD said that Verizon 5G ads related to availability and performance should « clearly and conspicuously » tell customers about « the relevant, material limitations of its current network. » 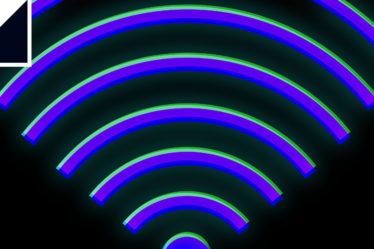