The same tests, conducted over the past two weeks, showed latencies or ping rates ranging from 31ms to 94ms. This isn’t a comprehensive study of Starlink speeds and latency, so it’s not clear whether this is what Internet users should expect once Starlink satellites are fully deployed and the service reaches commercial availability. We asked SpaceX several questions about the speed-test results yesterday and will update this article if we get answers.

Links to 11 anonymized speed tests by Starlink users were posted by a Reddit user yesterday. Another Reddit user compiled some of the tests to make this graphic:

Beta testers must sign non-disclosure agreements, so these speed tests might be one of the only glimpses we get of real-world performance during the trials. SpaceX has told the Federal Communications Commission that Starlink would eventually hit gigabit speeds, saying in its 2016 application to the FCC that « once fully optimized through the Final Deployment, the system will be able to provide high bandwidth (up to 1Gbps per user), low latency broadband services for consumers and businesses in the US and globally. » SpaceX has launched about 600 satellites so far and has FCC permission to launch nearly 12,000.

While 60Mbps isn’t a gigabit, it’s on par with some of the lower cable speed tiers and is much higher than speeds offered by many DSL services in the rural areas where SpaceX is likely to see plenty of interest. On the Reddit thread, some Internet users said they’d love to get the speeds shown in the Starlink tests as they are currently stuck at 1Mbps or even less. An Ookla report on fixed-broadband speeds in December 2018 found average download speeds in the US of 96.25Mbps and average uploads of 32.88Mbps. SpaceX is planning for up to 5 million home-Internet subscribers in the US.

In March, SpaceX CEO Elon Musk said, « We’re targeting latency below 20 milliseconds, so somebody could play a fast-response video game at a competitive level. » SpaceX satellites have low-Earth orbits of 540km to 570km, making them capable of much lower latency than geostationary satellites that orbit at about 35,000km.

FCC Chairman Ajit Pai doubted Musk’s latency claims and in May 2020 proposed to classify SpaceX and all other satellite operators as high-latency providers—i.e. above 100ms—for purposes of a rural-broadband funding distribution. The FCC backed off that plan but said companies like SpaceX will have to prove they can offer low latencies, and it continued to express « serious doubts » that SpaceX and other similar providers will be able to deliver latencies of less than 100ms.

Ping and latency are the same thing in Ookla speed tests, one of the service’s help documents says. It measures the round-trip time in milliseconds when a client device sends a message to a server and the server sends a reply back. « This test is repeated multiple times with the lowest value determining the final result, » Ookla says.

As the FCC wrote, the latency of a satellite network « consists of the ‘propagation delay,’ the time it takes for a radio wave to travel from the satellite to the earth’s surface and back, and the ‘processing delay,’ the time it takes for the network to process the data. » The FCC also noted that « propagation delay in a satellite network does not alone account for latency in other parts of the network such as processing, routing, and transporting traffic to its destination. » FCC tests found that « Cable latencies ranged between 18ms to 24ms, fiber latencies between 5ms to 12ms, and DSL between 27ms to 55ms. » Traditional broadband satellites using geostationary orbits have FCC-measured latency of about 600ms, but that is not indicative of the lower latencies to be expected from low-Earth orbit satellites.

Although the Ookla speed-test latencies for Starlink don’t hit Musk’s target of below 20ms, they are below the FCC’s 100ms threshold. For competitive online gaming, Ookla says players should be in « winning » shape with latency or ping of 59ms or less, and « in the game » with latency or ping of up to 129ms. The 35 best cities in the world for online gaming have ping rates of 8 to 28ms, an Ookla report last year said.

Latency tests are affected by the distance between the user and the server. The Ookla tests revealed on Reddit showed the tests going to servers in Los Angeles and Seattle; SpaceX’s beta tests are slated for the northern US and southern Canada, but a Stop the Cap story says that testers so far are in rural areas of Washington state only. 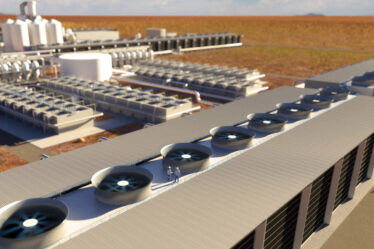 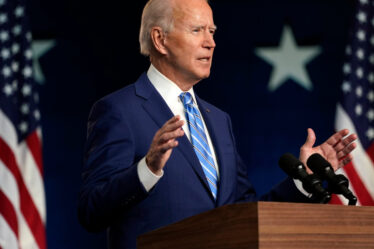