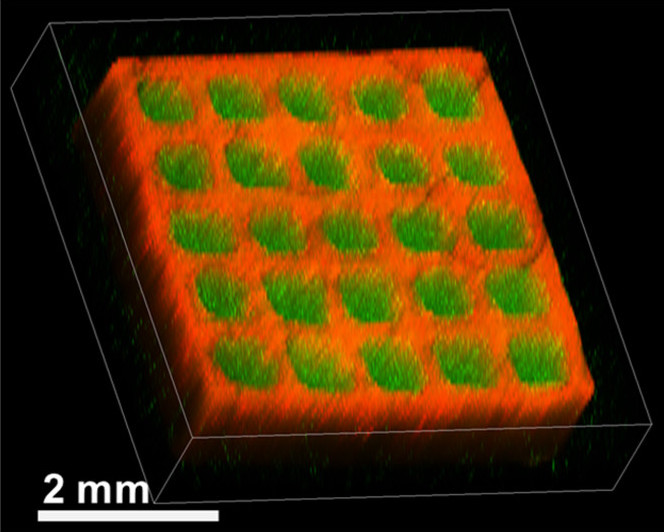 Researchers from Lawrence Livermore National Laboratory (LLNL) have devised a novel method of 3D printing ‘electron-eating’ microbes into biofilms that could represent a new generation of eco-friendly biofuels.

The team’s technique involves feeding a bacteria-laden resin into a custom SLA 3D printer to create microbial communities akin to those found in the natural world. By using their process to tweak the behaviors of electrograph cells, the scientists believe that it’s possible to develop a biosystem capable of turning wasted electricity into renewable energy.

“The development of these effective biomaterials with enhanced microbial functions has important implications for many bio-applications,” said Yongqin Jiao, one of the study’s co-authors. “The novel bioprinting platform not only improves system performance and scalability, but maintains cell viability and enables long-term storage.”

Essentially, the term ‘biofilms’ describes any complex microbial community that’s been fused into a plastic to create a polymeric-protein compound. These materials have real potential as a low-cost sustainable replacement for synthetic thermoplastics, but using them to produce bacteria-based structures precisely has previously proven difficult.

Once grown into biofilms, microbes can exhibit different behaviors such as increased cellular resistance or electrical conductivity, but again, lab-based methods allow very little control over their performance. Using a 3D printer, on the other hand, it’s now possible to culture and manipulate microbes into biologically-enhanced components.

As an added bonus, densely-packing cells into a confined space in this way provides them with greater nutrition, which leads to increased biocatalytic activity. Harnessing this mechanism, the scientists set about taking biostructures from micro-applications into the macrosphere, and from biomedical usage into energy conversion.

To fabricate their bacterial structures, the LLNL team created a novel bioprinting technique, which they dubbed ‘microbial SLA’ or ‘SLAM.’ Effectively, the scientists’ approach involved using a custom-built 3D printer with a 405 nm wavelength LED projector, to polymerize a cell-infused bio-resin into a hydrogel, ‘trapping’ the bacteria inside.

During testing, the researchers found that they were able to fabricate constructs with layer thicknesses as low as 10 μm, that were similar to those seen in previous studies. However, as opposed to conventional lab processes, the team’s SLAM approach allowed them to modulate the material’s properties by changing the weight of its polymer base.

To assess SLAM’s potential in turning electronic waste, or Rare Earth Elements (REEs) as they’re often described, into energy, the scientists engineered a novel resin. The unique material was loaded with the absorptive Caulobacter crescentus bacteria, and 3D printed into grid and cube-shaped geometries with a volume of 500 μL.

Although the grid structure functioned more quickly than the cube, both were capable of absorbing the same amount of REE, and could later be reused, making them ideal for eco-friendly energy gathering. Later, the LLNL team were even able to 3D print their resin into a uranium biosensor, demonstrating the biomaterial behaviors it’s possible to achieve using their SLAM technique.

“We are only just beginning to understand how structure governs microbial behavior,” concluded study co-author Monica Moya. “Manipulating microbes has a range of applications including biomanufacturing, remediation, biosensing, detection and even the development of engineered living materials.”

As the race to head off the impact of global warming hots up, scientists are increasingly turning to 3D printing as a means of developing more sustainable energy sources.

A group of scientists led by RMIT University, for instance, have developed a low-cost method of converting agricultural waste into biofuels. The team intends to scale their process, which is based around a novel bio-catalyst, by adopting 3D printing technologies.

Researchers from Spanish Catalonia Institute for Energy Research and Catalan Institution for Research and Advanced Studies, have taken a different approach, and 3D printed eco-friendly fuel cells. The ceramic devices, which feature enhanced storage capacity, could be utilized as a means of stockpiling energy sustainably.

On a much larger scale, Polish 3D printer manufacturer Omni3D has partnered with the Cyprus University of Technology in an attempt to 3D print a biofuel reactor. Overall, the researchers aim to develop a method of turning carbon dioxide into biomethane or ethanol, which could then be deployed as alternative fuels.

Are you looking for a job in the additive manufacturing industry? Visit 3D Printing Jobs for a selection of roles in the industry. 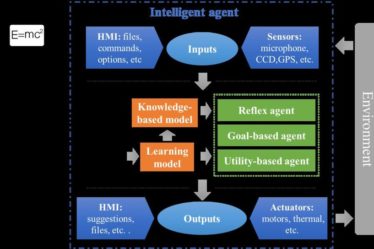 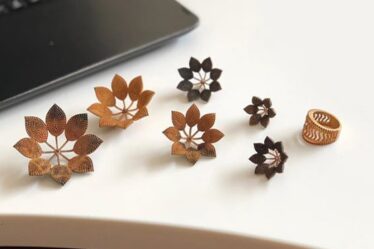