The manufacturing partnership between Shapeways and Armor Bionics is intensive and unique, harnessing the power of technology to make improvements within the medical industry. Read on to learn:

When Pablo Pereira, co-founder and COO of Armor Bionics, saw his first 3D printer in 2008, he was mesmerized. Still busy attaining his engineering degree, Pereira had no inkling what a huge role the technology would play in his future years later. Even more important though was the role that Armor Bionics would play in helping surgeons offer patient-specific treatment and streamline surgeries around the world through the use of complex 3D printed medical models, further outlined in a downloadable case study here.

As fate would have it, Pereira happened to meet for coffee with industrial designer and entrepreneur Bruno Demuro, an old college buddy. Demuro, now the CEO of Armor Bionics, had been inspired during a personal experience. After his mother was diagnosed with breast cancer, she was admitted for surgery to remove a small tumor. When the surgeon informed Demuro that a sizable incision was needed for the removal of the tumor so he could get a full view, Demuro was not only alarmed, he decided there had to be a less invasive way to perform surgery.

His mother survived the surgery successfully, but Demuro was inspired to find a way so that patients in the future would not have to face such risk. He began delving further into the idea of 3D design and medical models that would allow for in-depth diagnostics, training, and surgical planning. All of this played a large part in the coffee meeting between Demuro and Pereira as they engaged in an intensive conversation about the potential for 3D printing in medical applications. On the spot, the two came up with an exciting list of ideas, leading them to found Armor Bionics together shortly after.

Known now for their complex 3D printed medical models, Uruguay-based Armor Bionics started out with more of a bend toward prosthetics, prompting the visuals invoked by their name; however, the concept for  protecting and helping patients quickly evolved into a comprehensive surgical planning solution far beyond what anyone could have imagined just a decade ago.

From 2015 on, Demuro and Pereira continued to hone their industrial design and engineering skills, along with 3D modeling. Rather than leaving skilled and very busy surgeons to navigate complex software, the team at Armor Bionics developed a system described by one experienced surgeon as a GPS for surgeries. Allowing doctors to plan and train for complicated surgeries, the Armor Bionics 3D printed models offer a stunning list of benefits that first and foremost, help patients experience better quality of care, quality of life, and overall better outcomes in surgery.

Armor Bionics offers a fast and effective process for working with doctors and hospitals, beginning with finding out exactly what the requirements are for each surgery. Because human lives are involved, they are not afraid to create as many iterations as it takes to attain the detail and accuracy needed to plan a successful medical procedure using 3D printed models. And while they did delve into some 3D printing on-site too, Demuro and Pereira quickly discovered that mastering the technology is not as easy as it looks. These days, they delegate that work to the experts at Shapeways, sending the 3D designs over to the manufacturing team once they have been cleared for production.

Demuro believes that all surgeons should have access to such progressive solutions:

“We’ve seen the benefits and how such treatment affects the patients,” said Demuro. “It betters the outcome of every single surgery where it is applied.”

During each project, Armor Bionics consults extensively with the surgeons to understand the needs of the case and how their company can help. “We get involved. We want to better the outcome of each surgery,” says Demuro, explaining that the 3D designs they have sent to Shapeways for 3D printing have continued to act as an important resource in surgery.

With the ability to rehearse surgeries using 3D printed models that are the same size and shape as their patients’ organs, surgeons report feeling more confident in performing the actual surgeries.

3D Printing is Meant to Assist Surgeons, Not Take Their Jobs

Often, there is the question of whether such technology only represents a veiled agenda to replace surgeons, and to continue diminishing the need for human resources in the future–another hot topic in areas like robotics. Demuro and Pereira are quick to dispel that idea, pointing out that their entire mission is to allow surgeons to spend more time helping their patients, and less time trying to figure out obtuse software or 3D modeling on the fly. Armor Bionics makes sure the extraneous work is already complete for doctors, along with vastly improving training for medical students who suddenly have access to plentiful, anatomically correct models.

Demuro and Pereira realize their talents lie in 3D modeling, and they are sticking to their strengths. That means reaching out to Shapeways for expertise in 3D printing that ultimately empowers surgeons and saves patients. Everyone is working on their core strengths, from Armor focusing on 3D modeling to Shapeways providing excellence in 3D printing, and surgeons performing the ultimate task in completing successful surgeries.

“We’re not trying to replace anyone,” says Pereira. “We are just adding one new tool to the surgical process, as a one-stop solution for offering a complete surgical planning unit.”

Demand is Increasing on All Levels for 3D Printed Medical Models

The popularity of Armor’s medical models has increased through word of mouth among doctors and patients. But while the future generations of younger surgeons are already familiar with the idea of 3D printing in surgical planning, it may take longer for widespread adoption to take place within the industry, explained Pereira.

For further details about the manufacturing partnership between Shapeways and Armor Bionics, download the full case study here.

Contact Shapeways now to enjoy the benefits of advanced technology and materials for manufacturing creations with accuracy, complex detail, and no minimum or limits in terms of mass customization or single part orders. Shapeways has worked with over 1 million customers in 160 countries to make over 21 million parts! Read about case studies, find out more about Shapeways solutions, and get instant quotes here. 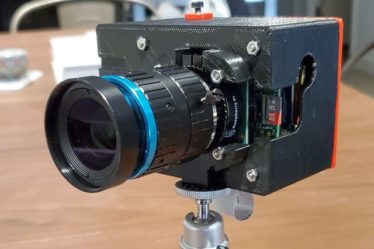