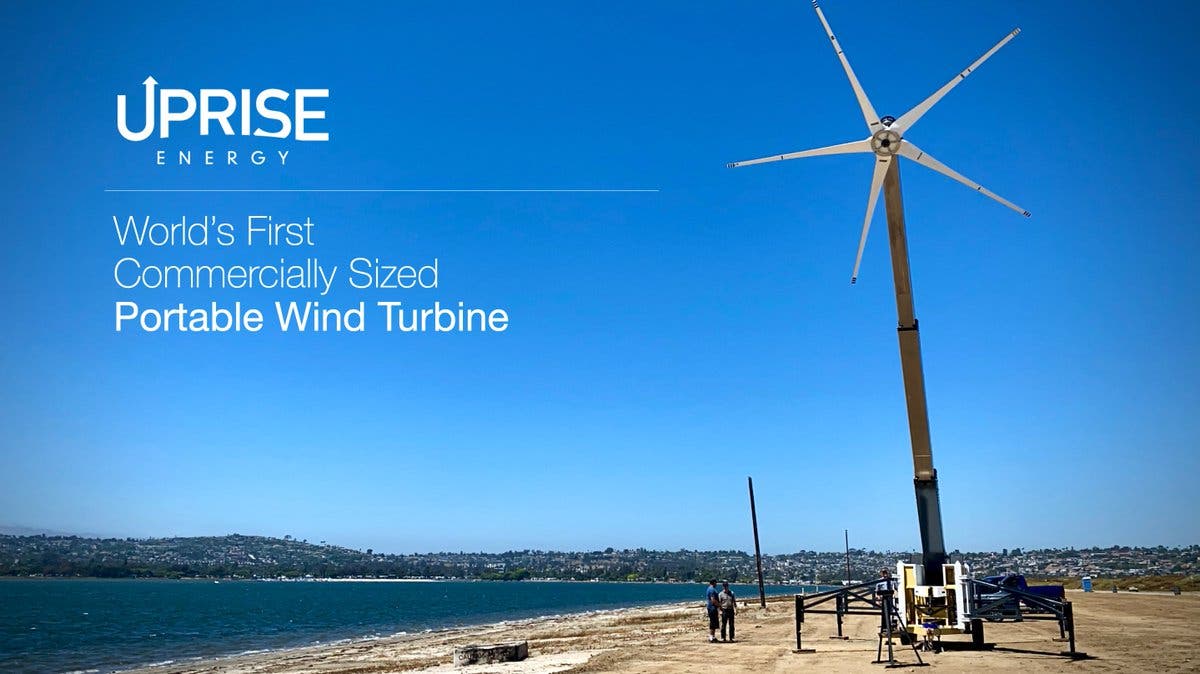 Several years ago, I assessed numerous purported wind energy innovations, from airborne wind energy to less likely options to completely ludicrous products it was difficult to believe anyone inside the firms believed were real. I used a set of 13 tests for red flags to quickly assess whether the products were likely to have merit or were technical illusions or worse. Only one product made it through the sieve and could be considered a good bet. We’ll get to the specific product, but it’s worth reprinting the wind energy assessment criteria.

The only product that made it through to be declared a good bet in 2013? UpriseEnergy and its STAR mobile wind generation solution.

That was the only purported innovation seven years ago that didn’t set off any red flags in my assessment. The principals had wind industry experience from utility-scale blade repair, manufacturing and field-maintenance. They had worked with Sandia Labs and PhDs on the design of a specifically innovative blade design for small wind, the Swept Twist Adaptive Rotor (STAR) blade, and had published the positive results with Sandia. The principals had deep experience in composite materials and the physical intelligence for load shedding and energy transfer from working on oceanic hydrofoil solutions in the private and military sectors.

And they weren’t pretending that they were replacing utility-scale wind turbines or were going to change the world. They were going after the niche markets of small wind in remote locations, with the bonus of rapid setup and takedown, allowing disaster response crews, resource exploration camps and military encampments to take advantage of on-site, off-grid generation of electricity. Their target competitors were diesel generators, not grid-scale electricity, and they had a good sense of the market.

And now, that good bet is starting to pay off.

On September 3rd, 2020, the company ran its latest prototype, its third substantive version, out of their 20,000 square foot facility in San Diego, drove it to a site a dozen miles away, set it up, ran it for an hour, generated about 6 kWh of electricity, took it down and returned to their facility. In about three hours total.

That’s pretty cool. Jonathan Knight, the co-founder and CEO of UpriseEnergy, and I have been connected on LinkedIn since 2013 when I first wrote a bit about the company, so I saw the post of the successful test immediately, and congratulated him and his team. He reached back and we had a brief chat the next day to talk about where they are now.

On the call was his father, John Knight, one of four generations of men named variants of John in the family. John had founded a boat design company in San Diego when he was 25 that he and then Jonathan as well grew into the largest boat-building firm on the west coast of the US. John designed and built the first Seaworld oceanic research and development vessel. They acquired shipyards in a couple of places in the US. They hosted the America Cup when it was held in San Diego, with 7 sleek speed-sailing yachts in their boat yard.

A couple of decades later they were connected to the wind industry by one of their composites suppliers to help diagnose failing wind turbine blades. This led to a request for blade certification, and a 15-degree angle rig which could assess 20 years of stress and strain on a 100-foot blade in two weeks. More work rolled into their 100,000 square foot facility, and eventually they became blade manufacturers and industry repair services, with a plant in South Dakota and customers including GE and Mitsubishi.

The STAR rotor grew out of their work with Sandia in the 2000s. They hired engineers and PhDs to design it, brought their own marine insights and knowledge of wind turbine blades to bear, and worked closely with Sandia Labs to test it. The results were good. They exited the wind turbine business, and then John retired, but they weren’t finished working. Fukushima happened, and Jonathan called his father and suggested that they get back into business together because energy innovation was still needed. UpriseEnergy was born.

They knew that the utility-scale wind energy space was very well serviced. They looked around and saw opportunities in off-grid generation as a niche market. They weren’t aiming to change the world, but provide a good product that would help the substantial portion of the world’s populace and need that wasn’t connected to major grids, displacing the long-tail emissions of diesel generation. They had US DOD contracts already, with their boatyard typically being half full of gray hulls and half full of white hulls at any given point. They had also participated in the AFWerx Base of the Future initiative. They’d even designed and built military stealth littoral combat vessel, the M80 Stiletto. Over the years, they’ve collected a drawerful of letters of intent and pre-orders for their trailerable wind generation and battery power plant. Their third prototype is the charm, a full production prototype by people who know what that means. They feel comfortable that they could scale manufacturing at their current 20,000 square foot facility to a unit a day, and have growth plans involving both optimized subsidiary manufacturing plants and licensing. They are now actively reaching out to the companies and jurisdictions who expressed strong interest to firm up purchases.

The design point is immediate power at sites in lower winds than are typical for wind generation, starting at 4 meters per second. The base unit at a $150,000 price point includes 6 kWh of batteries, but the wheeled, shippable trailer can be equipped with up to 100 kWh. The batteries can obviously be fully charged before the trailer is towed to site, making that electricity available as the trailer is leveled and anchored and the turbine extended.

Of course, the STAR rotor and the trailered components aren’t the only innovations. UpriseEnergy has extended the gust-capturing capabilities inherent in the rotor with adaptive revolutions per minute management of the blade, changing rotational velocity 300 times per second under electronic control to optimize generation. Their testing indicates that this is also assisting them to generate more electricity than the average wind speed suggests, and to deal with less optimal wind conditions. The combination of rapid transportability, adaptive rotors and electronically optimized generation mitigates the need for wind siting studies. They aren’t trying to generate electricity perfectly, just usefully at remote sites without electricity where the alternative is diesel.

Jonathan has been on the phone with a team in Papua, New Guinea, which has a need for electricity, but no wind generation infrastructure or supply chain. Being able to trailer the solution into their field site is very attractive to them. Another discussion is with an Alaskan organization, which isn’t interested in the million dollars to engineer a site for a utility-scale turbine, but is very happy to consider displacing their diesel with an easily transported and erected turbine. Maintenance is higher, of course, but the units have leveling sensors in their IoT sensor set which will notify when they need to be adjusted before problems occur.

One market Jonathan and I discussed was the emerging field of electrification of agriculture. With massive fields being now tilled, seeded, and harvested by increasingly autonomous and electrified farm equipment, a battery and generation component in the back 40 starts to be an interesting addition to an agribusiness fleet, allowing much longer operation of electric combines and tractors.

Generating electricity from the wind is fairly easy. Three different engineers in three different countries on two continents invented it in parallel with each other without knowing about one another in the two years around 1890. But doing it with useful products delivering economically viable electricity in 2020 requires hard work, solid engineering, and drive. John and Jonathan have faced the typical bumpy road of startups, self-funding initially, then gaining external funding, and dipping back into boat building to keep the lights on a couple of times. But it’s paying off.

And now it’s three generations of Knights working together. Jonathan’s son Keoni, the Hawaiian version of John, is one of their best fabricators and a natural engineer, working with his Dad and Granddad to bring innovative wind generation to new markets.

Michael Barnard is Chief Strategist with TFIE Strategy Inc and co-founder of two current startups. He works with startups, existing businesses and investors to identify opportunities for significant bottom line growth and cost takeout in our rapidly transforming world. He is editor of The Future is Electric and designing for health. He regularly publishes analyses of low-carbon technology and policy in sites including Newsweek, Slate, Forbes, Huffington Post, Quartz, CleanTechnica and RenewEconomy, and his work is regularly included in textbooks. Third-party articles on his analyses and interviews have been published in dozens of news sites globally and have reached #1 on Reddit Science. He’s available for consulting engagements, speaking engagements and Board positions. 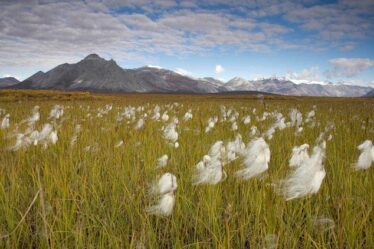 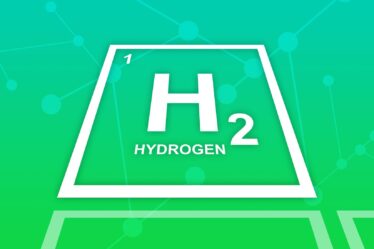