The road to electric vehicles is paved with disruption 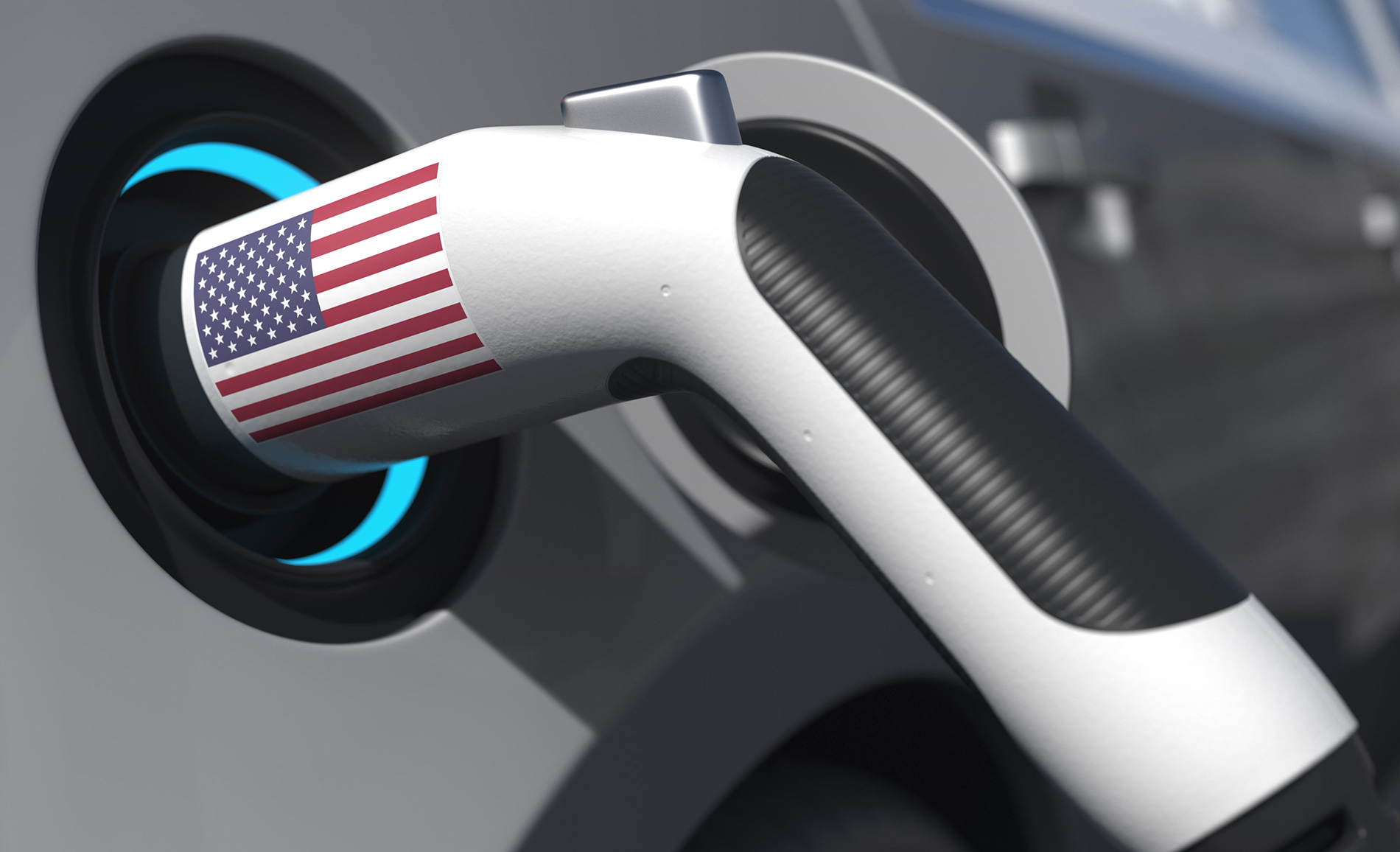 The expectation that electric vehicles will displace the internal combustion engine continues to accelerate. Bold policy and funding proposals from governments in China, the European Union and now the United States; ambitious capital investment plans from the world’s leading automakers; and continuing technological advancements — all contribute to a bullish outlook for market penetration of electric vehicles over the next decade and beyond.

There is widespread acknowledgment that realizing a vision of electric transportation will require a number of transformations — in supply-chain management, sourcing of raw materials, deploying charging networks, modernizing and expanding the electricity grid and, ultimately, persuading consumers to purchase these new vehicles.

Proponents of electric vehicles forthrightly acknowledge the many technological, management, political and consumer challenges that lie ahead. In any transition of this complexity and scale, not everything will go according to expectation or plan. In particular, several significant disruptions lie in the wake of announcements for widespread EV adoption. They include:

In any transition of this complexity and scale not everything will go according to expectation or plan.

Much of America’s current electric power — there is no single national electric power system — consists of decades-old facilities and other infrastructure. Given the cost and time of modernization, it is likely that much will remain the same for decades to come. That this « system » is vulnerable and subject to a variety of threats — from climate change, malware or the inability to robustly predict future electricity consumption — is not in doubt. A system originally built to ensure reliability at reasonable cost must adapt to new challenges of resilience — decarbonization, more distributed generation and storage, a higher penetration of energy generation from wind and solar, and a greater focus on electricity access and social equity.

Is the current array of electricity generators and distributors prepared for this challenge?

The answer is no. In its recent report on « The Future of Electric Power in the United States, » the National Academies of Sciences, Engineering and Medicine concluded, « Understanding how electricity consumers behave, and how devices and energy services can be aggregated for supply, and how such trends affect system loads is emerging as one of the most profound technological, regulatory and planning challenges and opportunities facing the future of the grid. »

The tools for estimating electricity demand from EVs and other sources, according to the National Academies report, will need a significant improvement if we are to « understand how the grid of the future will behave and how operators and policy makers can ensure its continued reliability. » In other words, our abilities to estimate future demand from EVs, and deliver reliable electricity supplies for their use, are highly uncertain.

What is certain is that future coast-to-coast electricity disruptions are waiting to happen without the added burden of providing power for EVs.

Where lands the innovation wheel of fortune? There is much techno-optimism about the transition to an electric transportation system. Continued progress is occurring in extending battery ranges before re-charging and in reducing battery size and weight. The Biden administration has recommended the installation of 500,000 EV chargers by 2030, supplemented by additional commitments from automakers, oil companies such as BP, and creation of an Electric Highway Coalition by six major utilities. Available capital has greatly expanded through government funding and private investment.

To date, the United States has underinvested in many innovations needed to transition to an electric transportation system. As a result, many key supply chains and manufacturing capacities have moved offshore. For example, Chinese chemical companies in 2019 produced about 80 percent of the world’s total output of advanced battery raw materials. The recent successful Biden administration jawboning of LG Chem and SK Innovation to resolve trade secret litigation provides insight into a potential new U.S. resolve to claw back battery manufacturing capacity from Asia through a new $2.6 billion SK battery plant in Georgia. Much more focus and resolve will be required over an extended time.

As former George W. Bush administration Office of Management and Budget officials John Graham and Keith Belton argue in a recent paper, « The United States has no choice but to pursue industrial policies that are not typical of a country that cherishes free-market capitalism. »

Despite the highly visible public commitments by GM, Ford, Volkswagen and other automakers, they have not tethered their future solely to electric vehicles. In a March 29 letter to President Joe Biden, the heads of the Alliance for Automotive Innovation (representing vehicle manufacturers), the Motor and Equipment Manufacturers (the voice of the vehicle supplier industry) and the United Auto Workers (who represent union workers) forwarded a litany of requests to fund the transition toward « a net-zero carbon transportation future. »

While most funding proposals are related to EV development, there were several discreetly sandwiched recommendations to advance hydrogen-fuel vehicles. They included: providing additional R&D priority investments to improve the performance of fuel cells and hydrogen fuel generation; establishing a grant program for researching and developing technologies to convert existing natural gas pipelines and power plants to support hydrogen; and creating a new investment tax credit to support hydrogen production and storage.

To date, the US has underinvested in many innovations needed to transition to an electric transportation system.

While a hydrogen-fueled transportation system is nowhere near commercial-ready for several decades, it is gaining investor momentum and could provide an important onramp for petroleum companies as oil consumption declines. A number of major auto companies, including GM, plan to be ready for the hydrogen scenario. Should EVs be regarded as a system change or a more transitional technology that ultimately will be disrupted by hydrogen-fueled vehicles?

Are electric vehicles the next chapter in the U.S. culture war? As America transitions to a white plurality rather than a white majority nation, powerful anxieties and fears have surfaced across culture and politics. Analysts such as Robert Pape have documented a rising tide of resentments as white men (in particular) exhibit a fear of losing advantage and being replaced by Black, Latino, Jewish and LGBTQ+ communities. The manifestations of these deep-seated worries range from violent social protests (Charlottesville in 2017, the Jan. 6 insurrection at the U.S. Capitol) to refusal to adhere to medical advice to wear masks or practice social distancing during the COVID-19 pandemic.

The fear of being crowded out and losing an important advantage also resides in the belief that America’s past greatness — and its future — rest upon the consumption of fossil fuels. Proposals to mitigate climate change, in this reasoning, represent the desire of liberal political and cultural elites to impose higher taxes, regulate consumer choice and limit personal freedoms.

The goal to mass-produce electric vehicles contrasts directly with the narrative of the cultural and economic necessity of fossil fuels. Through this rationale, demand for EVs is part of a plan to phase out coal and gas in favor of renewable energy to generate electricity. Policies to substitute EVs for the internal combustion engine are driven by liberals who seek to raise corporate taxes to pay for them. Workers in the coal, gas and oil industries (and their suppliers) will lose their jobs. Global corporations seek short-term profits (and government subsidies and tax breaks) at the expense of long-term investments in communities. EVs will impose choices and conduct surveillance on consumers and limit their freedoms.

Proponents of electrified transportation, and sustainability advocates in general, have not examined EVs as a potential cultural and political lightning rod. It is time to prepare for this engagement before Tucker Carlson, the House Freedom Caucus and their soulmates light the fuse to urge the American people to hang on to their gasoline and diesel-fueled vehicles, boycott electric vehicles, organize protests against EV manufacturing and mobilize social media campaigns against changes in the American way of life.

Each of these topics — providing a reliable electricity supply for EVs, the battle over innovation opportunities, and EVs as a battleground in a broader culture war — identifies disruptions that reside in the fault lines of commerce, culture and politics. No single institution has the knowledge or capacity to successfully manage these disruptions.

What is required is a leadership commitment across the public, private and nonprofit sectors to build system-level collaborations that define and deliver on the promise for an electric transportation system to reinvigorate American prosperity, protect our planetary future and secure the livelihoods of an anxious, freedom-loving nation. 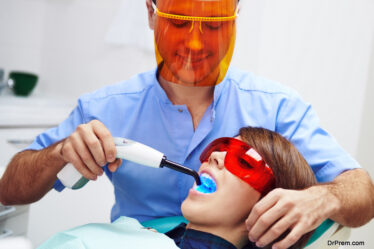 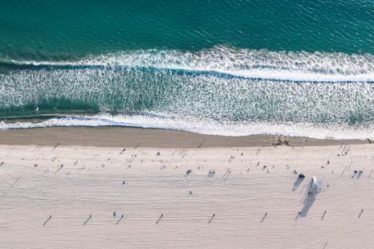 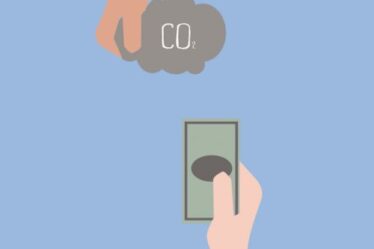