SoCal Edison Will Deploy 38,000 EV Chargers in Largest Utility Program of Its Kind 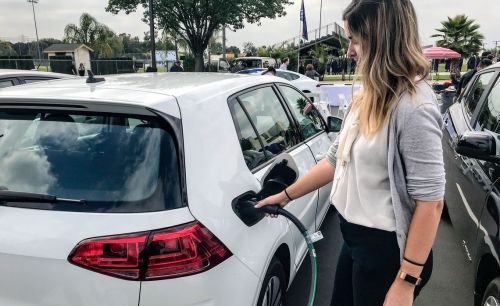 The new program allows Southern California Edison to spend $436 million of ratepayer funds to install 38,000 light-duty electric car chargers. The utility pays for supporting equipment to get power from the grid to the charger, while the customer typically owns and manages the charger itself, with optional rebates from the utility. The program does not target single-family homes, which have a relatively straightforward path to adding chargers; instead it supports multifamily housing and « away from home » sites like workplaces and shopping centers.

SCE had been working up to this for several years, starting with a $22 million Charge Ready pilot, approved in 2016, which delivered 1,800 chargers. It also won approval for a heavy duty vehicle charging program, which will invest $356 million to charge transit buses and school buses. That program broke ground this summer.

All told, this brings SCE’s approved investment in electric vehicle charging to more than $800 million. The ramp from a few thousand chargers to 40,000 portends a deeper shift in the utility business model, said Katie Sloan, SCE’s director of eMobility and building electrification.

« Electric vehicles and also building electrification really are the future of the utility, » Sloan said in an interview. « We have support from the very top to make this a central part of our work going forward. »

The arrival of rooftop solar years ago prompted utility concerns about customer defection leading to a « utility death spiral. » No utilities have died yet, and that rhetoric largely disappeared from the conversation as renewables became a regular feature of the electric grid. Electric vehicle charging models a different way for utilities to approach emerging grid technology: go big and make money.

Electric vehicles give utilities an unprecedented opportunity to move into transportation, replacing gasoline and diesel with electricity as the fuel for propulsion. That means load growth, at a time when energy efficency and rooftop solar have dampened or eliminated traditional sources of customer electricity demand.

And while some grid investment proposals prompt pushback from ratepayer advocates, electric vehicles sit at a nexus of policy objectives with broad stakeholder buy-in, at least in California: fighting climate change, improving air quality, and ensuring equitable access to those benefits for disadvantaged communities.

« The support that we have here is unique, at least from what I’ve seen on nearly any other topic we’re bringing up with the California Public Utilities Commission, » Sloan noted.

The CPUC papproved the program unanimously, and the decision drew praise from stakeholders like Sierra Club attorney Joe Halso, who called it « a major win for clean air and healthier communities. »

The final outcome nonetheless showed evidence of negotiation. SCE’s first proposal in 2018 asked for permission to spend $760 million to install 48,000 chargers; at least 30 percent of the chargers would go to disadvantaged communities. The approved Charge Ready program costs less but delivers more chargers for the dollars spent, and stipulates that 50 percent of chargers go to communities most affected by air pollution and economic hardship.

All participating sites must sign up for time-of-use rates, which make it cheaper to charge during solar generation hours and more expensive to charge during evening hours, when electricity demand is at its highest.

« It’s critical that we’re sending signals to our customers that they charge when it’s best for the grid, » Sloan said.

The site hosts also have to participate in demand response, which allows the utility to throttle back charging during periods of limited electricity supply. SCE used that ability at existing Charge Ready installations during the recent heat wave, which stressed California’s grid supply. 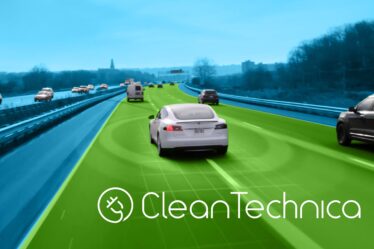