RBG left these 4 lessons for the climate fight 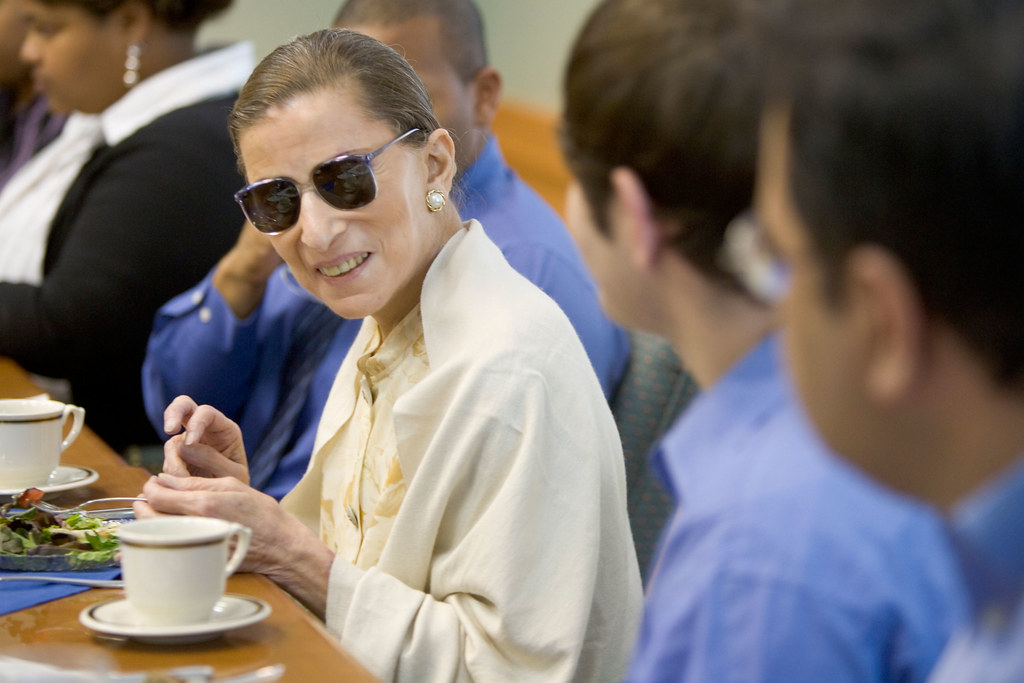 Ruth Bader Ginsburg was a hero. The obituaries have focused on her legacy as a feminist icon, her singular determination, her deep humanity and her profound common sense. These traits were exemplified by her famous dissents — equal parts restrained and biting — against a series of regressive Supreme Court majority decisions.

We don’t immediately think of RBG as an environmental activist or climate champion (Greta Thunberg fandom notwithstanding). However, her life and career offer plenty of inspiration for our work at RMI — and for anyone concerned with preserving a livable planet.

When I think about RBG, these are the lessons I take for the climate fight.

RBG did more to advance the cause of equality than any justice since Thurgood Marshall. Her life and career were defined by it. As a schoolgirl in Brooklyn, she objected to the fact that the boys went to woodshop while the girls sewed. As co-founder of the ACLU’s Women’s Rights Project, she convinced the Supreme Court to rule, for the first time, that gender discrimination was unconstitutional (despite being led by a Chief Justice who had threatened to resign if a woman were appointed to the court). As a member of that court, she fought for voters’ rights (Shelby County v. Holder), comprehensive healthcare coverage (Burwell v. Hobby Lobby) and federalism (Bush v. Gore).

She did it patiently and incisively, referring to her role in her ACLU cases as « a kind of a kindergarten teacher… because the judges didn’t think sex discrimination existed. » Showing how discrimination hurt men was often the tactic she used to generate empathy and understanding among the male judges she was dealing with.

Climate action honors that legacy — because climate change is as stark an inequality issue as it gets and requires every bit as much doggedness to address.

Climate action honors that legacy — because climate change is as stark an inequality issue as it gets and requires every bit as much doggedness to address. The impacts of global warming are deeply regressive, disproportionately hurting our poorest and most vulnerable communities. Black and Hispanic Americans are exposed to 63 percent and 56 percent more pollution than they create. Our history of redlining has left low-income and minority communities dangerously exposed to extreme heat. Americans are far more vulnerable to climate disasters if they are poor, elderly, disabled, don’t own a car or can’t speak English. And during and after these events, the rich tend to leave and the poor tend to stay; poverty rates can climb by a full percentage point in areas hit by climate disasters.

We’re seeing this starkly with our western wildfires — to which Native Americans are six times more vulnerable and Black and Hispanic Americans are 50 percent more vulnerable than Whites. And as Bill McKibben points out, inaction on climate amounts to « generational aggression: it consigns the planet’s young people (and all future generations) to an ever-grimmer planet. »

If anyone is inspired by RBG lifelong crusade as the « Great Equalizer, » then the climate fight is where it’s at.

2. If you fight well, a big loss eventually can turn into an even bigger win

In 2007, Lily Ledbetter sued her employer, the Goodyear Tire and Rubber Company, for years-long gender-based pay discrimination. A 5–4 court decision went in favor of Goodyear on procedural grounds (that Ledbetter hadn’t filed the charge early enough).

RBG delivered her dissent from the bench — a rare open rebuke to her all-male colleagues’ « cramped » interpretation of the law:

The Court’s insistence on immediate contest overlooks common characteristics of pay discrimination, [which] often occur, as they did in Ledbetter’s case, in small increments… Small initial discrepancies may not be seen as meet for a federal case, particularly when the employee, trying to succeed in a nontraditional environment, is averse to making waves… Pay disparities, of the kind Ledbetter experienced, have a closer kinship to hostile work environment claims than to charges of a single episode of discrimination. Ledbetter’s claim… rested not on one particular paycheck, but on « the cumulative effect of individual acts. »

Because the court got it wrong, Congress was inspired to step up and get it right. The Lily Ledbetter Fair Pay Act of 2009 was the first piece of legislation signed into law by President Barack Obama. The clarity and conviction of RBG’s’ effort in a losing cause was key to achieving the much bigger legislative win. Ledbetter credited RBG’s dissent for giving her « the dignity to go on » as she testified before Congress multiple times in the run up to the act’s passage.

We are yet to see comprehensive federal climate legislation in the United States. But a stalled effort is also an opportunity to gather energy. With each serious attempt at a nationwide climate action — the Waxman-Markey cap-and-trade bill, the Green New Deal resolution, the Smith-Lujan clean energy standard proposal — the people on the right side of history sharpen their arguments and strengthen their coalitions. As my colleague Wendy Jaglom has pointed out:

3. ‘Speaking in a judicial voice’ can help deliver outcomes we all want

In a 1992 lecture, RBG talked about the importance of staying cordial and assuming good intentions even when voicing disagreement. In her own words (and quoting Roscoe Pound):

One must be sensitive to the sensibilities and mindsets of one’s colleagues, which may mean avoiding certain arguments and authorities, even certain words… I emphasize that dissents are not devoutly to be avoided. I question, however, resort to expressions that generate more heat than light… It is not good to burden an opinion with “intemperate denunciation of colleagues, violent invective, attributions of bad motives and insinuations of incompetence, negligence, prejudice or obtuseness.”

The most effective dissent, I am convinced, spells out differences without jeopardizing collegiality or public respect for and confidence in the judiciary.

Given the state of Congress today, and our more general state of political polarization, it may be hard to resist the eye-roll — but resisting it is more important than ever. We need to suppress the friendly fire even within the climate action community. I’ve been in meetings on the Green New Deal where environmental justice groups automatically view all business and industry as evil — and in D.C. conference rooms where well-meaning business people and policy wonks dismiss those environmental justice groups as liberal « enviro » fantasists.

RBG’s guidance echoes Amory Lovins’ longstanding philosophy: « If we focus on outcomes, not motives, we can achieve results that we all want, but for different reasons… If we simply do what makes sense without having to agree on why it’s important, we and our planet will be better off. »

This logic is profoundly applicable to the energy transition. Regardless of whether you care about jobs, industrial competitiveness, resilience, social equity, or simply not breaking the planet, the answer entails accelerating our movement away from fossil fuels and toward a combination of efficiency and renewables.

4. The cost of implementation is irrelevant when the cost of inaction is unthinkable

Massachusetts v. EPA was probably the most prominent environmental case handled during RBG’s time on the Supreme Court — with the court ruling that carbon dioxide is subject to regulation by the EPA under the Clean Air Act. But a more technical and obscure case may be more instructive in our current moment.

The most effective dissent, I am convinced, spells out differences without jeopardizing collegiality or public respect for and confidence in the judiciary.

In 2001’s Whitman v. American Trucking Associations, the trucking industry argued that the EPA should consider implementation costs when setting pollution limits. The court unanimously disagreed — because the statute contains several explicit « bright line » factors — without listing cost as one of them. If legislators wanted the EPA to consider cost, they would have said so; « Congress doesn’t hide elephants in mouseholes, » wrote RBG’s opera buddy, Antonin Scalia, on behalf of the court.

Today, with a planet on fire, it is worth considering that principle. As we have written before, the cost of climate inaction dwarfs the cost of action to point that it renders the latter meaningless in comparison. There is over $5 trillion in value-at-risk to U.S. assets under a middle-of-the-road global warming scenario — not including the cost of market volatility.

Our country can clearly spend when it needs to (or Congress wants to); nearly $2.7 trillion in CARES Act funding approved within two weeks, $2.4 trillion to $3 trillion on the wars in Iraq and Afghanistan, or the annual $1 trillion a year that our fossil fuel-burning power plants cost America, based on the federal government’s base-case estimates on the social cost of carbon.

The cost of greening our economy seems quaint in comparison; $476 billion for comprehensive grid modernization, for example, or $11 billion for a nationwide network of EV fast charging stations. A program to upgrade 120 million homes would cost $3.6 trillion — while generating $1.4 trillion in net value (energy cost savings minus retrofit costs).

In the Whitman case, RBG and her colleagues ruled that implementation costs were irrelevant when stacked against the primary « requisite to protect the public health » with « an adequate margin of safety. » Replace « public health » with « planet, » and you have the argument for an ambitious green recovery and rebuilding program.

Losing a hero is hard. But it also creates the space — and the need — for others step off the sidelines and into the fray. Once we’re done mourning, we must get to work. 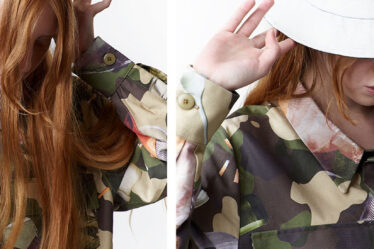 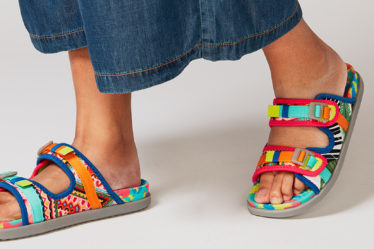 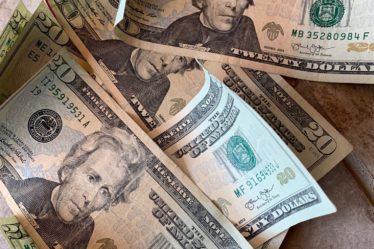