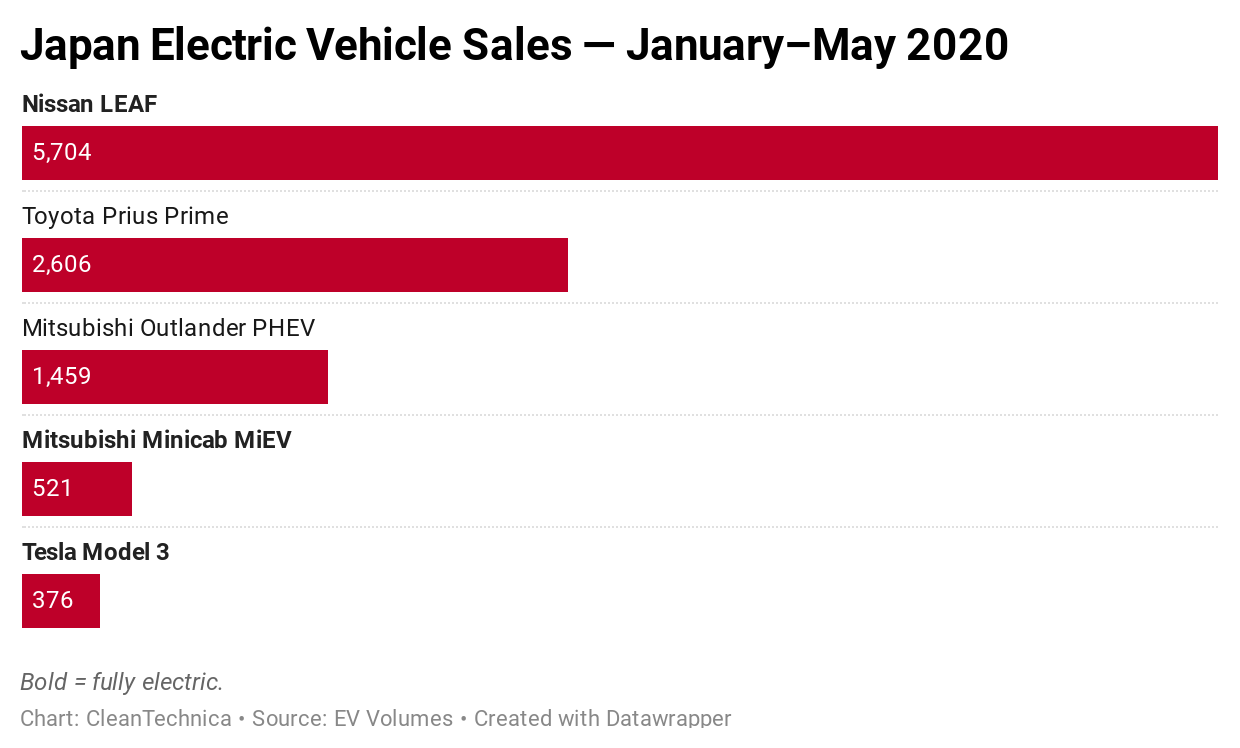 There’s one way to describe this performance: lame.

When you consider that people don’t generally have to take very long road trips, the lack of EV adoption is even more bewildering and disappointing. Maybe “bewildering” isn’t the right word, though. The explanation seems to be clear — major Japanese automakers have been slow to grasp the electric transition that is now well underway.

The only automotive leader in the Japanese auto market serious about batteries and electrification was Carlos Ghosn, who apparently got set up, jailed, and pushed out (as — we — suspected — all — along … sadly). Now you’ve got a large auto industry from one of the leading auto nations in the world suffering from denial, delay, and dirty tricks. Disappointing. Also, as we can see from the EV sales chart, there are almost no options on the Japanese EV market. Hard to sell cars when you don’t offer them.

The Nissan LEAF looks set to dominate this niche market for a long time. But imagine if Nissan had 5 fully electric vehicles with the latest battery tech and competitive pricing by now. Imagine if Toyota had even one or two fully electric models! Imagine if Honda had … something.

For a long time, it has been a wonder — do Japanese automotive and political leaders really think hydrogen fuel cell vehicles are going to save them? Do they really not see the battery electric trends? Do they see the trends but think they’re going to jump on the wave at just the right time, while everyone else is standing up and riding it smoothly? I don’t know, but I know the Japanese auto market has been a huge disappointment, and the horrible takedown of Carlos Ghosn, which had come in and saved Nissan and was simply trying to ensure it had a bright future, was beyond the pale for me — far beyond the pale.

I would not be surprised to see the Japanese auto giants collapse under their own weight. If they don’t change course soon, there are few other forecasts that seem possible.

Zachary Shahan is tryin’ to help society help itself one word at a time. He spends most of his time here on CleanTechnica as its director, chief editor, and CEO. Zach is recognized globally as an electric vehicle, solar energy, and energy storage expert. He has presented about cleantech at conferences in India, the UAE, Ukraine, Poland, Germany, the Netherlands, the USA, Canada, and Curaçao.

Zach has long-term investments in Tesla [TSLA] — after years of covering solar and EVs, he simply has a lot of faith in this company and feels like it is a good cleantech company to invest in. But he does not offer (explicitly or implicitly) investment advice of any sort on Tesla or any other company. 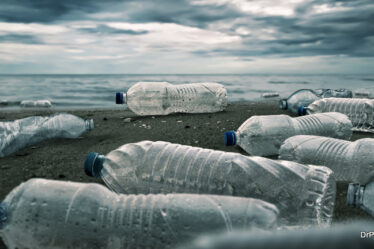