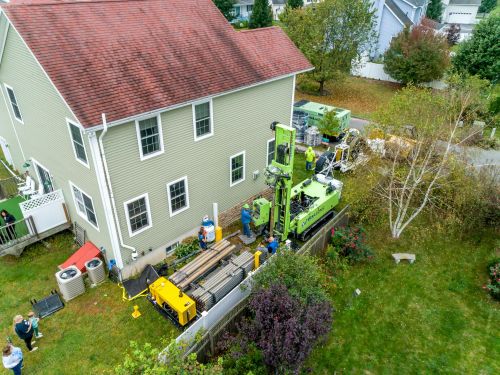 There’s a lot of energy underneath homes — if reasonably priced technology can be scaled up to tap its potential. A U.S. Department of Energy study indicates that geothermal heat pumps, which capture the steady temperatures of underground air to heat homes in winter and cool them in summer, could cost-effectively replace fossil-fuel- and electric-powered heating and air conditioning in up to 28 million homes.

Dandelion Energy hasn’t gotten nearly to that scale yet. Since its 2017 spinout from Google parent company Alphabet’s X “moonshot factory » R&D organization, the company has installed about 500 of its geothermal heating and cooling systems in New York and Connecticut.

But CEO Michael Sachse says Dandelion’s combination of purpose-built equipment and software can drastically reduce the cost and increase the efficiency of residential ground-source heat pumps. That could break open a market where upfront cost and reliability are key barriers to mass adoption.

“Our goal is to get to 10,000 homes a year,” he said. On Wednesday, Dandelion raised a $30 million Series B round led by Bill Gates-founded Breakthrough Energy Ventures to expand on those ambitions.

The new funding will allow Dandelion to invest in its product development and expand its geographic reach in New York, Connecticut and Massachusetts, he said, where many residential fuel oil or natural-gas heating systems are ripe for replacement with geothermal systems.

The long-term energy savings of making that switch can pay back the upfront installation and equipment costs within five to seven years, he said, all while cutting carbon emissions by as much as 80 percent by eliminating reliance on fossil fuels.

Heat pumps will be a key technology for decarbonizing the roughly one-third of global energy consumption that goes toward heating buildings. About three-quarters of U.S. households use natural gas or oil for heating, and most of the remainder use older, less efficient electric resistance heating.

Heat pumps that tap above-ground air to moderate indoor temperatures are suitable for more moderate climates. But air-source heat pumps are less efficient where outdoor temperatures drop below freezing since they need additional energy input to heat incoming air in those conditions.

To hit those price points, “we’ve oriented the company around three core theses,” he said. “One is that data analysis can really help solve this problem. The ground is not uniform, and understanding how heat is going to be exchanged, and how that varies from place to place, is really valuable.”

In 2018, Dandelion acquired Geo-Connections, a provider of software that analyzes a multitude of factors that go into designing and installing geothermal systems, from the geology of the earth underneath homes to the energy envelope of the buildings. That kind of insight is a critical piece to designing the “loop,” the pipe circuit that captures ambient underground temperatures, in a way that ensures it will provide the needed heating and cooling capacity at the optimal price, he said.

Second, “we need to use smaller equipment that fits within a typical suburban yard,” he said. Dandelion has shrunk the size and weight of its drilling rigs to about the size of a forklift, rather than the semi-trailer-sized drilling rigs commonly used in larger commercial and industrial geothermal heat pump projects. That expands the universe of homes that Dandelion can serve and reduces the cost of each installation, according to Sachse.

Third, “we’ve seen a lot of opportunity with heat pumps themselves,” he said. “We use a proprietary heat pump that is not only cheaper but also allows us to monitor performance” to ensure that the systems are delivering the temperatures homeowners want and to catch and fix potential breakdowns in pumps, air filters and other parts of the system.

“That helps us with that first problem of using data to design efficient systems” he added. Data from Dandelion’s earliest projects is being used to refine its models for future prospective customers, which “allows us to give customers a firm price earlier in the process.”

That kind of data is critical to inform Dandelion’s financing offerings, which include no-money-down installation and monthly charges of as little as $150. That financing has to pencil out against a cost of about $20,000 to $25,000 for an installed system — a cost that builds in the range of state, local and utility rebates available in the territories it serves, as well as the 10 percent federal Investment Tax Credit now available for geothermal systems through 2023.

“We’re very interested in a longer-term extension of the Investment Tax Credit,” Sachse said. The omnibus spending and COVID-19 relief package passed by Congress in December extends the ITC for solar and offshore wind projects, and “we’d love to see the [ITC] treat geothermal and other new technologies in the same way.” 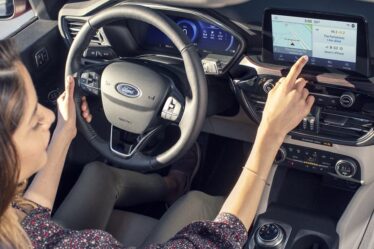