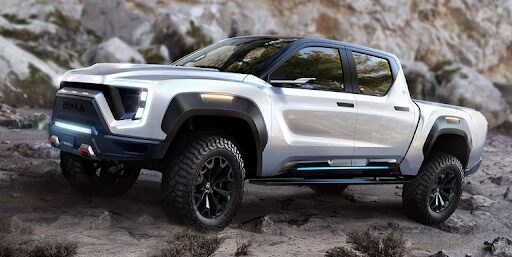 This month, we discuss what is driving the wave of electric vehicle companies going public. Hint: it is not sales. We call your attention to the pair of scandals tied to energy and utility companies unfolding in the Midwest and highlight factors driving the recent acquisition of Vivint Solar by SunRun.

These stories are all evocative of larger trends in the energy sector: the coming wave of vehicle electrification, the maturation of the renewable energy sector, and the continued dominance of utility holding companies in state-level energy policymaking.

Everyone wants to own a piece of the electric future — but is heartbreak inevitable?

Nikola, Fisker, Lordstown Motors are three electric vehicle companies. They have all announced plans to go public or have gone public in the last 6 weeks. They have something else in common, too: none of them have delivered any vehicles yet. There’s a technical term to describe this upswell in activity I learned in business school: bananas.

Mind you, this doesn’t even represent all of the major activity in the electric vehicle space in the last couple months — electric truck company Rivian also raised a few billion dollars and diesel-electric hybrid truck company Hyliion also went public.

What’s going on? Tesla represents around three-quarters of electric vehicle sales in the U.S., has strung together several quarters of profitability, and has a devoted following. Tesla’s stock has also been going gangbusters in a manner that defies explanation from market watchers. There’s clearly a lot of excitement about the electric vehicle space. Understandably — I’m excited about the future too! Electric vehicles are superior to their internal combustion counterparts, will help us reduce emissions (transportation makes up the largest share of emissions in the U.S.), and are going to be cheaper than internal combustion vehicles in the next five years or so. So, definitely a rosy future.

Electric vehicle companies not named Tesla have been able to parlay some of this excitement into financial backing by taking their companies public. It is hard to overstate how bizarre this all is. As a point of reference, Nikola’s market cap is around half of what Ford Motor Company is right now — it is hard to come up with a set of assumptions where that makes a lot of sense.

At the end of the day, these companies are doing what they think is best for their business — they need money; why not sell some stock to people that want to buy it? Also, with the state of the economy, these companies may have also judged this to be the best, easiest, or only practical way to raise the capital they need at terms they would be happy with. These companies currently have a golden opportunity to turn the hype machine into action — access to significant capital with which to accelerate their manufacturing plan — but I expect there to be a lot of heartbreak in this space. Building neat things is hard — Tesla is doing well today, but they were founded back in 2003, produced their first vehicle 12 years ago — that’s a lot of experience that many of these newer companies do not have. Last year, Ohio passed arguably the worst energy bill in the country. While it theoretically enabled a couple of nuclear power plants to stay open (good for climate), it also bailed out some coal power assets that would have otherwise shut down (bad for climate), while gutting the renewable energy and energy efficiency standards which were helping decarbonize the state’s power sector emissions and create jobs (very bad for climate).

In July, the champion for this legislation, Ohio Speaker of the House Larry Householder and four others were arrested on racketeering charges as part of a big bribery and racketeering scandal involving First Energy and the energy legislation passed last year. Link

A more detailed explainer on this whole policy battle and scandal was shared by Leah Stokes at Vox, who literally wrote the book on dark money and interest groups’ impact on energy policy.

Amazingly, this was the second scandal in the Midwest related to improper activity between energy companies and elected officials. The previous week, Exelon-owned ComEd admitted to bribery charges in Illinois.

Energy companies spending big in the political realm is not big news; it’s a great value proposition for them. However, doing it illegally is a bit surprising to me, given the breadth and sophistication of their government affairs efforts.

Dan Gearino wrote an insightful piece for InsideClimate News which covered both scandals, and noted the important point that these scandals aren’t really about emissions per se — they are about utilities leveraging political power to help protect profits. The legislation that ultimately passed in Illinois was good for the clean energy industry, the one that passed in Ohio was bad for the clean energy industry. The emissions impacts were of secondary importance here, and the direction each legislation ended up taking had more to do with who the other relevant stakeholders were in each state. Link

Sunrun acquired Vivint Solar on July 6. This tie-up combines the largest two residential solar providers in the United States. Residential solar is a very fragmented market with many regional players, so the new entity will still have less than twenty percent market share. One important trend is that as solar continues to get cheaper, it is shifting from a product consumers lease to one that they buy straight out (although battery storage still typically involves a lease).

“In the first quarter of this year, direct sales made up 76% of the US residential solar market, said Tara Narayanan, a solar analyst at BloombergNEF, compared to 39% in Q1 2016.”

As solar shifts from a leased product to a sale, there is less money to be made on each transaction for these companies. Hence, they took this opportunity to consolidate and try to get more efficient. Link

New Chemistries for New Applications?
Natron, a developer of sodium-ion batteries, raised $35 million in new investment. This battery chemistry is less energy-dense than lithium-ion. However, as battery costs decline and raw materials become a larger portion of overall costs, Natron’s batteries have the potential to be extremely cheap given the readily available materials they’re using. I can’t speak to the technical specifics, but the company has received investment from some very serious investors including ABB Technology Ventures, Prelude Ventures, and Volta Energy Technologies. This investment speaks to how the battery landscape may be evolving from lithium-ion for most things — to potentially leveraging a number of different fundamental chemistries for different use cases, depending on what needs to be optimized (price, density, etc…). Link

Biden Campaigns On Climate
The Biden campaign introduced the Build Back Better plan, which is a climate policy proposal in the form of an economic recovery plan. It is more aggressive than Biden’s previous climate plan and was met with generally positive reviews.

Perhaps more important than any single provision in it is that climate is clearly now an issue Biden and others are running towards, not away from. A majority of Americans think the government should take action to address climate change, so it can be a rallying cry, as opposed to a good policy idea that carries political baggage. Link

Is Tesla Forever?
Up until now, Tesla has accounted for about three-quarters of the U.S. electric vehicle market, leading some to ask whether Tesla will dominate in the future and other traditional car manufacturers will be considered ‘also-rans’ in this space. Link

I actually don’t think this will be the case long term. Tesla has proven it can build impressive vehicles and has a dedicated fan base. A lot of this fan base was built by disrupting other premium vehicles. At the end of the day, what Tesla has is a head start (and a good brand) — it started selling electric vehicles that people wanted to buy before anyone else did. It may be able to maintain this head start, but it’s not a foregone conclusion.

Even as it has now made money several quarters in a row and improved its financial position, there are other reasons to think other automakers may catch up. One is build quality — Teslas continue to have issues with vehicle paint and doors — issues with which other automakers don’t have big challenges. In fact, this year Tesla ranked last in initial quality in a survey of 32 automakers. I don’t mean to suggest I think Tesla is going to collapse either, just that it is unlikely they’ll maintain their impressive dominance on the electric vehicle market over the next half-decade.

This could go either way of course — it seems like the manufacturing issues Tesla has today are eminently solvable problems. That said, there are other manufacturers who, while late to the party, are introducing new electric vehicles in the near future that look a lot like cars people want to buy (specifically, somewhat reasonably priced crossovers) — this includes the Ford Mach-E and the Nissan Ariya. These vehicles will be coming to market in the U.S. not so long after Tesla’s Model Y crossover, so we’ll finally have an interesting, relevant head-to-head test.

Is Policy Inevitable?
This Bloomberg story highlighted an effort from the organization Principles for Responsible Investment to shine a light on how investors may be mispricing the likelihood of significant near-term policy to address climate change. They have titled this concept the Inevitable Policy Response.

The logic goes like this: the default assumption is that there will be no near-term policy action. However, with the obvious and significant impacts of climate change being felt in the near future, governments will definitely act. Essentially, just because you can’t necessarily see the movement towards policy action doesn’t mean there won’t be big moves in the near future.

This is one key reason that companies are setting 2050 net-zero emissions targets — they see that this is where policy will eventually go (even if it’s not heading there yet) and act to get some marketing benefit and so their businesses aren’t disrupted by these policy changes when they do eventually happen.

This concept resonates with me because it seems to appropriately capture the reality of the situation today, as well as where it’s heading. Now, this doesn’t mean that you can take it to the bank that there will be policy changes in the future, but it does provide a relevant perspective for planning for the future. Link

Green Hydrogen
NextEra, one of the largest developers of renewables in the United States, proposed building a 20-megawatt electrolyzer to produce green hydrogen from solar power, via its utility, Florida Power & Light. While this technology is expensive and not yet commonplace in the United States, green hydrogen production holds immense promise for the future. As electrolyzer manufacturing volumes increase, prices should come down; the economics also improve as solar continues to get cheaper. Green hydrogen is also a great potential solution to decarbonize a number of emissions-intensive parts of the economy that are hard to electrify. For example, the production of chemicals and steel; production can also potentially leverage renewables that otherwise would need to be curtailed. Link

Electric Vehicle Cost Parity
InsideClimate News looks into when electric vehicles will be the same sales price as internal combustion vehicles of the same model. The answer? Probably 2024, and in small cars first (which need fewer pricier batteries than larger cars to power them). Only 40 months away! Link 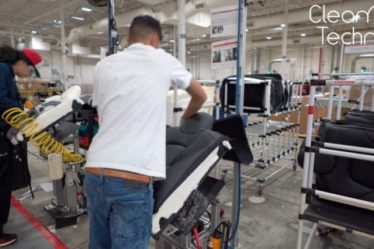 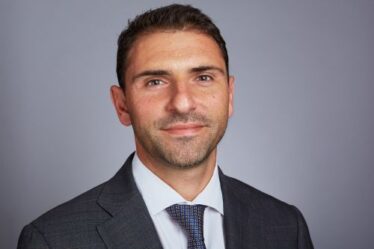 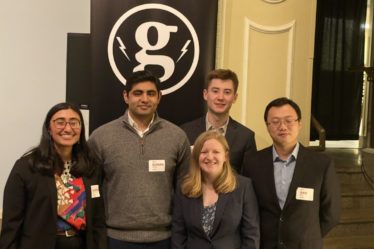