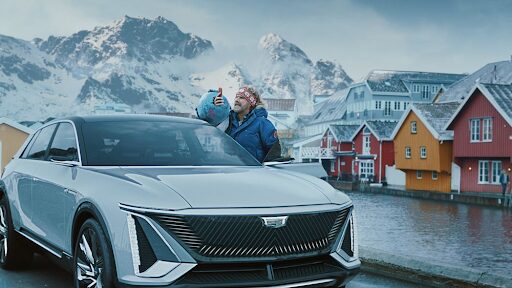 It’s a new year, but before we leave 2020 too far behind this month we’re touching on some data from 2020 on cleantech investing and on electric vehicle adoption. Then, we’ll put on our New Year’s glasses and talk about the growing consensus around long term climate policy targets, and some of the significant hot topics in 2021 on the policy and energy resources fronts. Let’s get into it!

Cleantech Investing: What’s the Bottom Line, and is That a Single or A Double Bottom Line? A few news items on the cleantech investment landscape:

“The USV Climate Fund is a straight-up venture fund. We believe that decarbonizing the economy and dealing with past emissions (and their consequences), offers many opportunities for building important new companies that can produce venture type returns.”

One interesting tidbit — their initial climate investments were also blockchain investments (this is not surprising as they are a successful investor in the blockchain space, having backed companies like Coinbase). It will be interesting to see how much overlap continues between these investing themes.

I say great to all this! More high-quality investors in the ecosystem are good, and one more indicator of an improved landscape for cleantech businesses. Also, additional check writers who sit at slightly later stages of venture capital can help very early-stage cleantech companies (like the companies that Clean Energy Trust invests in) raise money earlier as well, because it provides additional confidence to potential early-stage investors that there will be other investors around who are serious about following on — and importantly, this can be true even if that company never gets a check from USV or Breakthrough.

Rob Day, the co-founder of Spring Lane Capital and a CET Investment Committee member, is a little less sanguine, comparing and contrasting the first cleantech bubble from the era we find ourselves in presently. But it’s not all doom and gloom — he notes that overall, more money is flowing to downstream business segments like clean energy development and deployment, which is likely better suited to absorb these capital flows. It is worth a read. Link

The State of Global EVs People are buying EVs: sales grew by more than five times year over year in France. And in Norway, more than half of new car sales were EVs in 2020 (54% to be exact).

Meanwhile, GM announced it planned to end the production of internal combustion vehicles by 2035, and put out this hilarious commercial starring Will Farrell, highlighting Norway’s leadership in this space (which you may have seen during the Super Bowl). It’s funny, and I think it’s great to see marketing dollars directed at EVs. There has actually been some criticism that GM is late to the party and that this move is too little, too late. I think that is silly: GM isn’t a non-profit, they are a business.

Besides, when you have a disagreement with someone, and then they eventually change their mind and come around to your point of view, the reaction should be ‘great!’ not ‘you moron, you should have changed your mind 5 years ago!’

For the good of the order, the reason Norway sells so many EVs is the intentional policy choices the country has made. While the U.S. subsidizes EVs (offering a tax credit to make them cheaper to purchase), Norway takes a different approach and taxes non-electric vehicles, so that for numerous models the EV version of a car is the same effective cost, or is even cheaper, than the internal combustion version.

I believe “Electric in 2035” will become to autos what “carbon neutral by 2050” is for corporates, governments, and economies: simultaneously an ambitious policy goal and one that will be rapidly adopted and assumed to be the direction policy is headed (also, electrifying passenger vehicles in the next 15 years is also a much easier lift than net-zero by 2050).

Speaking of 2050 net-zero goals, Larry Fink, CEO of Blackrock (the largest investment firm in the world) encouraged businesses to move in the direction of 2050 net-zero plans in his annual letter to corporate leaders:

“I urge companies to move quickly to issue them rather than waiting for regulators to impose them,” Mr. Fink wrote about companies disclosing their net-zero plans.”

As I wrote in the November Cleantech Roundup, “Before we know it, net-zero by 2050 is going to be table stakes.” While the future is uncertain, when corporations, investors, and governments are all starting to aim at the same target, that is a really good indication of where policy is headed. We talked about cities like San Jose and Oakland banning new local gas hookups in the November Cleantech Roundup. In reaction, Indiana, Kansas, and Missouri are pushing to implement bans on… the bans. This is a preemptive strike from the gas lobby — sort of like how cattle ranchers are trying to prevent vegetarian meat substitutes from being called “meat.” Link

Biden Not Biden’ His Time

The Biden Administration has moved quickly on climate. Here’s an overview of what’s likely to happen in the first few months. And in case you missed it, a number of clean energy provisions including extensions to solar, wind, and carbon capture tax credits were included in the spending package that passed at the end of 2020. Credit: GE. This image shows the Nacelle (the housing atop the tower that contains the gearbox and generator, that the blades are connected to).

The New York Times profiles GE’s gigantic new 13MW turbine (for reference, the largest turbine in the world in 2014 was 8MW). From the article:

“The race to build bigger turbines has moved faster than many industry figures foresaw. G.E.’s Haliade-X generates almost 30 times more electricity than the first offshore machines installed off Denmark in 1991.”

Wood Mackenzie projects that solar will be the cheapest resource in every state by 2030. News Article Link. Report Link.

Speaking of new resources, an EIA analysis on generating capacity suggests renewables will make up 70% of new capacity this year (2021). Looking at zero carbon more broadly (including batteries and nuclear), that figure rises to 84%. Link 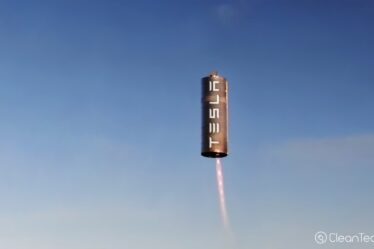