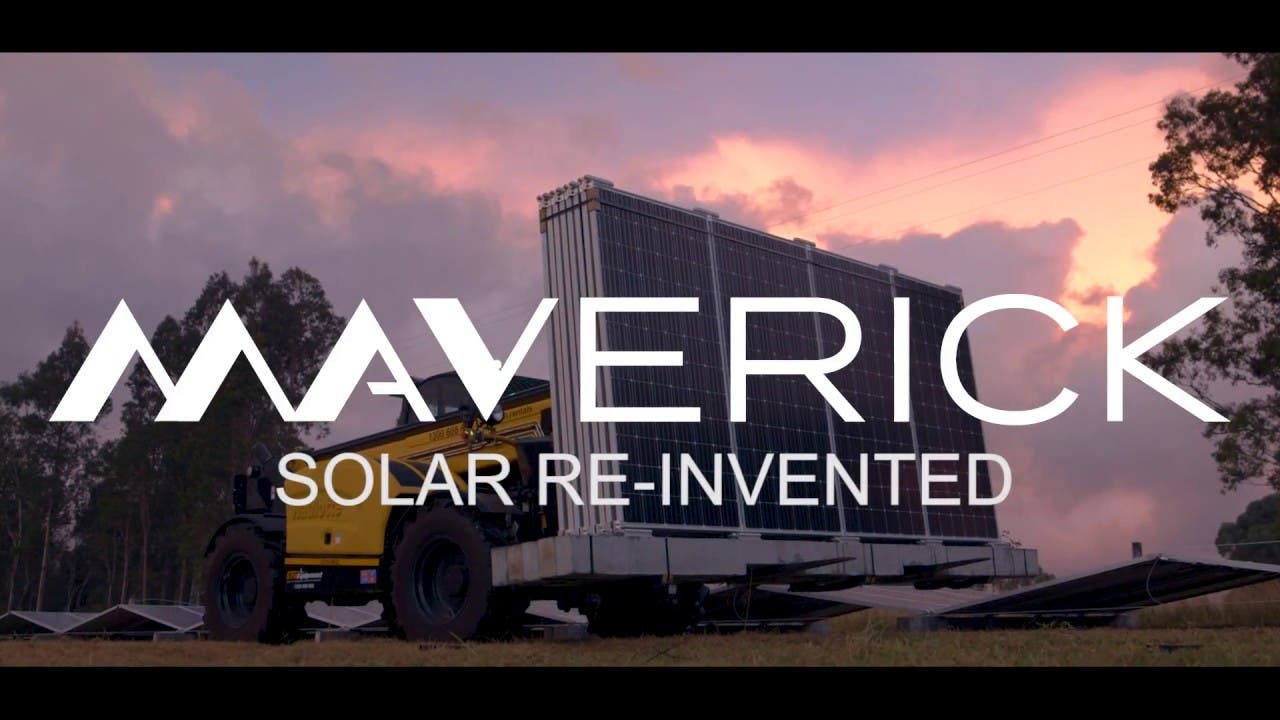 5B is an Australian solar energy company with an innovative new idea. Instead of building a solar system onsite, make it in a factory using preassembled units that are hinged together and fold up like the sides of an accordion. Truck it to where it’s needed and deploy it using just a backhoe and three workers. The result is a solar installation that can be installed three times faster than a traditional ground mount system and produces up to twice as much electricity per unit of area as a traditional system. Building the Maverick system in a factory means better quality control and lower prices, the company says. 5B has installed several of its prefabricated systems throughout Australia in the Northern Territories, Queensland, Victoria, and Western Australia. Recently it was the recipient of a major investment by AES, the global energy company that specializes in grid scale battery storage installations like the 100 MWh system for Arizona Public Service. AES, a co-founder of Fluence Energy, was a leading investor in a Series A funding round that closed at the end of July.

“Our Maverick solution is defining the next generation for solar power and the true potential of how fast, simple, flexible and low cost it should and will be,” says Chris McGrath, 5B’s co-founder and CEO. “5B has successfully demonstrated the power of our Maverick solution in the Australian market and now AES is bringing its strength to bear as we scale our solution globally and continue to unlock its full potential.”

AES anticipates adding 2 to 3 GW of solar power annually and will utilize 5B’s Maverick systems in many of those upcoming projects, including one in Panama that will include a 2 MW Maverick system from 5B. Another Maverick system will be deployed in Chile as a part of an expansion of the 10 MW Los Andes solar facility in the Atacama Desert.

“Solar is the most abundant clean energy source in the world, and 5B’s innovative design produces twice the energy for any given area,” said Andrés Gluski, President and CEO of AES. “In addition, a project using 5B’s technology can be built in a third of the time when compared with conventional solar. These significant advantages will help us meet our customers growing needs in today’s ever changing environment.“ 5B expects to leverage its partnership with AES to expand its global reach and bring low cost solar power to more areas of the world. For more on how the Maverick system works, watch the video below. 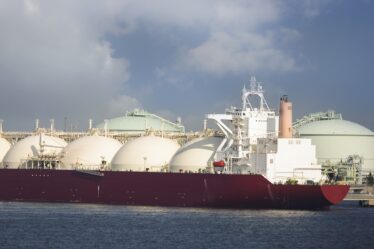 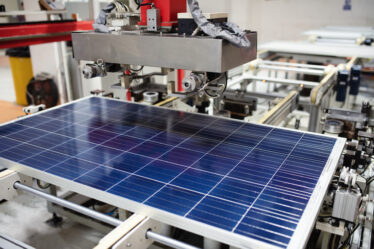