Often, culture and community are so intertwined that one defines the other, as is the case with a rural town in Texas, where the residents embraced a dilapidated historic site, called the Buda Mill & Grain Co., and brought it back to life.

The Buda Mill & Grain Co. was a landmark in Buda, Texas dating back to 1890, when members from the Farmers Alliance founded a cotton gin to counter the rising costs of freight and lack of control of the market system that left farmers feeling out of control. Later, following a change of hands, the site was home to the first brick gin, built in 1914, which supported the Buda Gin Company. With the fall of cotton prices in the 1930s, the company was sold again and converted into a milling company for grinding dairy feed. Grain elevators and silos were added as the business grew.

In more recent decades, the buildings housed grain for the U.S. government and were leased out to private hobbyists. Nearly every Buda citizen from any generation has memories of working the mill or picking up grain at the complex, catching up with neighbors in the process. With this common interest, the community enlisted the help of architecture and engineering firm Cushing Terrell in nearby Austin, Texas with the goal of repurposing the existing structures while converting the site into a modern community space.

The result is a compound that offers more than 27,000 square feet of retail, restaurants and community-oriented spaces for the citizens to gather like they have for the past century. The three new buildings meld with the conversion of the old in a complex made up of five structures.

The largest of the buildings, nicknamed the Big’un, is a 6,000-square-foot steel-framed equipment barn that measures roughly 120 feet long by 60 feet wide. The simple aspects of the structure allowed designers to remove walls in the first bay, creating a massive covered porch that faces the main street. This area is partitioned from the rest of the building with a glass wall and future plans to incorporate retail space, a restaurant and a brewery.

The historic, 3,000-square-foot brick cotton gin building was left largely intact with a focus on improving structural support and creating a small addition to the back of the building. Steel, concrete and brick were used throughout the preservation and construction to honor the original architecture. Throughout the process, some items were removed, but most were blended back into the design in another location. For example, when a load bearing wall in the cotton gin building required repair, each brick removed was labeled and reused in repairs on other sections of the building.

“A number of artifacts of the buildings past were kept and repurposed like the auger system, which was converted into the mill’s entry signage,” said Alex Bingham, architect and lead designer at Cushing Terrell.

Bingham stated that the biggest challenge was updating the property while maintaining the priority of maintaining the historical relevance, a goal the architects accomplished when they, “kept the rusty metal bits and framed them with black steel and glass.” The result is a center that preserves the past while paving a path forward for the community. 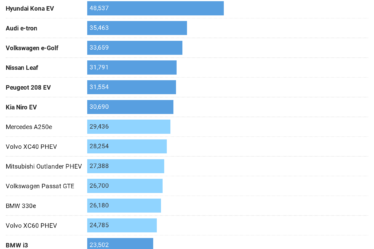 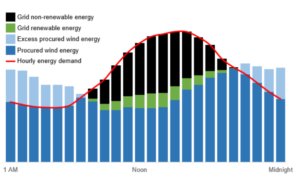